FOSSILERA
MINERALS
FOSSILS FOR SALE
NEW
CRYSTALS
ABOUT
Minerals & Crystals
Quartz Crystals
Amethyst
Las Vigas Amethyst
Amethyst that comes out of this region is often referred to as Veracruz amethyst or Las Vigas amethyst. There are several mines in this mountainous area, each of which produces different qualities of amethyst and other minerals. Elongated crystals with deep purple color are considered to be of the highest value. Much of the mining in these mountains is done by the locals, acting as a main source of income.
8 Items ($15 to $39) 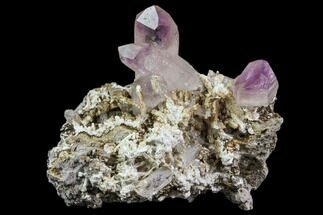 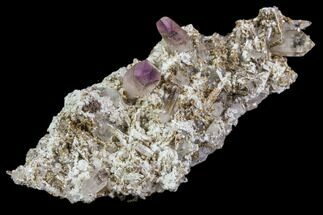 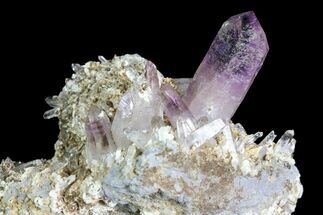 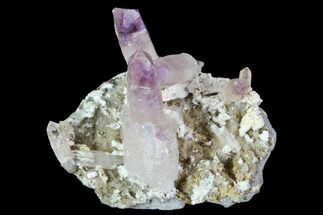 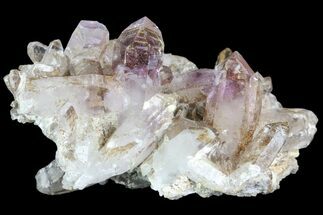 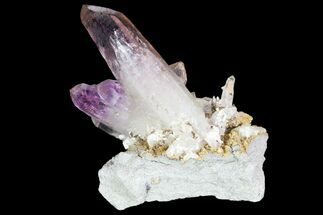 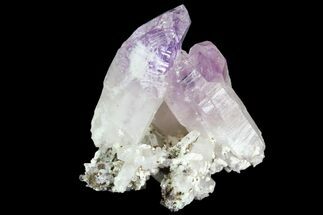 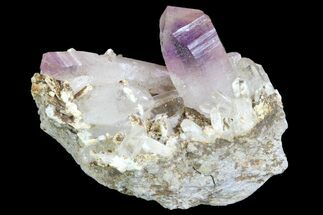 How Do These Amethyst Crystals Form?

The amethyst crystals from this location form within vesicular andesite. Andesite occurs when magma is extruded onto or near the surface of the lithosphere, resulting in relatively quick cooling and crystallization. The large vesicles (rounded cavities) within this andesite result from rapid gas formation from expansion of volatile components. These gases would rise through the andesite, only to become trapped within the rapidly cooling igneous rock.

The amethyst would form from mineral-rich (in this case silica and iron) fluids that became trapped within these vesicles. Some of which were deposited along the walls of the vesicles, while others would form as "floaters" within the fluid. These floater crystals are typically double terminated and wont have an attachment point to the surrounding vesicle walls.

Where Is The Amethyst Found?

Las Vigas amethyst crystals are found in several locations around the Piedra Parada village within Vera Cruz, Mexico. The crystals are contained inside solid vesicles within various andesite rock formations throughout the mountainous region. There are several mines throughout the andesitic rock formations that include La Cascada, La Callejones, El Bordo, La Flor, Ensenal, Los Volcanes, Torrecellas, La Mina Grande and La Loma. These mines are worked by the owners of the land and the villagers of the region, making up the majority of their income. Most of these mines are only accessible through old hiking trails.

Las Vigas (Municipality Las Vigas de Ramírez) is often believed to be the area that these crystals come from, however this is actually the town where many of the miners live.

How Is The Amethyst Collected?

The majority of the mines around Piedra Parada are located in andesite outcroppings. These mines are worked by hand, with the assistance of expensive diamond drills and explosives that are used to make their way into the mountain. The miners create tunnel passages into the andesite, searching for the vesicular pockets. The pockets can range in size anywhere from 2 inches in diameter up to roughly 10 feet in diameter. The rock surrounding these vesicles is often softer and filled with chalcedony, assisting the miners by indicating where these potentially crystal filled pockets may be. Unfortunately, sometimes the pockets will be empty with little to no crystal formations.

Information About Some Of The Mines.

La Cascada Mines - These mines go into an andesite outcrop that contains small-large pockets, some of which measure up to nearly 10 feet across. This mining area has been worked for 80+ years and is known to produce beautiful amethyst and quartz crystal specimens. Smaller crystals are often found within the small pockets, with the largest pockets producing the large, highly sought after amethyst crystals.

Torrecellas Mines - This location contains tunnels that extend over 300 feet into the mountain. The pockets within this mountain contain many floater amethyst and quartz crystals, with an off chance of finding a rare Japan Law twin amethyst crystal. This mine is also notorious for the occasional empty pocket that's absent of crystals.

La Loma Mines - The land that contains these mines is owned by the Trujillo's, a family that mines the mountain for a living. The family primarily uses diamond drills and explosives to break through large amounts rock. The vesicles within this rock are known to contain beautiful amethyst crystals that often form from an epidote encrusted matrix.