FOSSILERA
MINERALS
FOSSILS FOR SALE
NEW
CRYSTALS
ABOUT
Minerals & Crystals
Other Crystals & Minerals
Cinnabar
Cinnabar is a mercury sulfide mineral with the chemical formula HgS. It is a vibrant red color and is an important ore of mercury. It is primarily found as fillings within gaps of rocks and coating rocks as a result of ascending hydrothermal activity. While cinnabar is typically massive in habit, large crystals have been found on rare occasions. The striking red color of cinnabar made for an attractive pigment, however the usage of cinnabar as a pigment was halted following discovery of its toxic properties.
Try the parent category 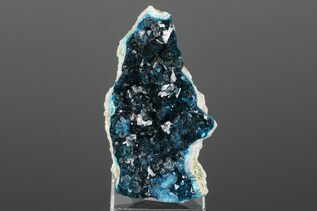