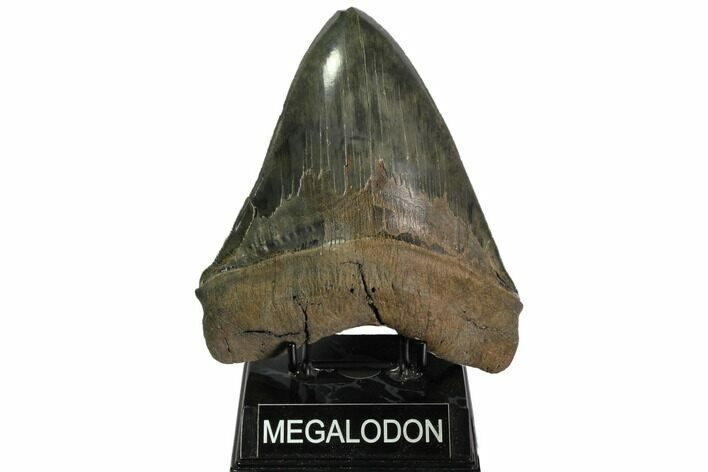 Complete 6+ inch Megalodon teeth are rare finds and came from super-sized individual sharks. Teeth become exponentially more rare with just slight increases in sizes over 6 inches. At 6.52" long, this tooth is truly a monster, in fact it's the third largest tooth (1/100 of an inch) that we've had for sale. It's also 5.4" wide at the root and weighs 19 ounces. This tooth was collected from Beaufort County, South Carolina.

Not only is it gigantic but it has sharp serrations. Giant teeth like this don't come up for sale very often.

Like basically all of the Megalodon teeth that we sell, there is no repair or restoration.