Fossils
Reptile, Amphibians, Synapsids Fossils
Crocodile
Crocodiles, alligators, caiman, etc are all members of the order Crocodilia (crocodilians). They are all lizard like reptiles characterized by low slung bodies with a splayed stance, non overlapping scales, long flattened snout with conical teeth, and a heavy tail.
8 Items ($295 to $6,450) 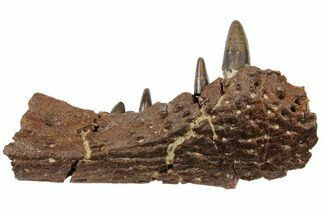 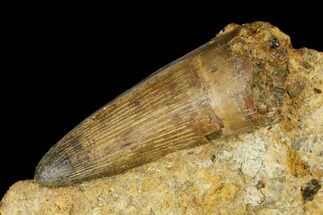 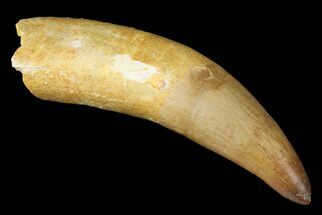 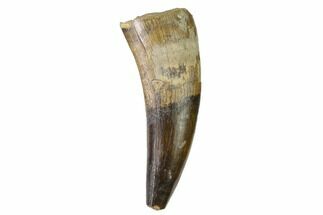 When Did Crocodilians First Appear?

The first ancestors of Alligators appear about 250 million years ago.

When Did Crocodilians Go Extinct?

Crocodilians have not gone extinct. In fact, modern crocodilians have changed very little in 50 million years. Some species, Sarcosuchus, Deinosuchus, etc have died out but as a whole the Order has done very well throughout its time. It even survived the K-T extinction that killed off the dinosaurs.

Early Crocodilians looked very much like modern Crocodiles and Alligators. The species that are extinct now, looked alike modern species as well. The biggest difference was size. Sarcosuchus (110 million years ago) was the largest know Crocodilian. It was about 40 (11-12m) feet long. Most Crocodilian were about the same size as modern species. All crocodilian have the same characteristics, tubular bodies, splayed stance, long flat snouts, conical teeth. Alligators and Caiman have shorter broader snouts, while Gharial and False Gharial have longer thinner snouts. Crocodiles have longer, more pointed snouts than alligators and shorter, wider snouts than gharial and false gharial.

Are Crocodilia And Phytosaurs Related?

Crocodilia and Phytosaurs are not related. They are an example of convergent evolution, where two groups evolve similar characteristics in response to environmental conditions but have no common ancestor.