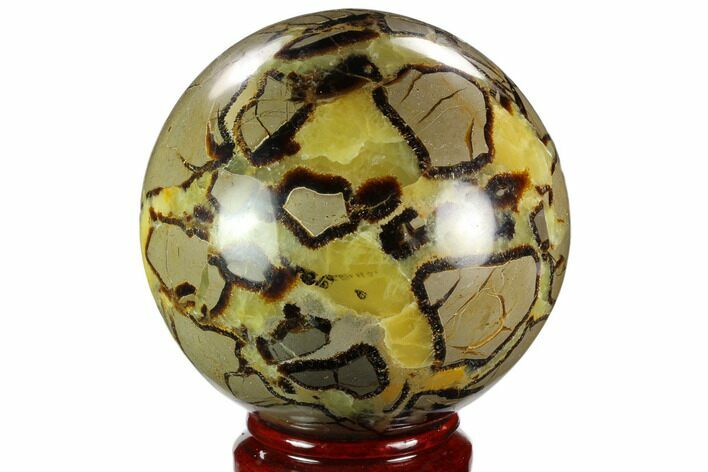 This is a large, 5.3" wide, polished sphere of septarian that weighs just under 10.3 pounds. The septarian comes from the Betsiboka Region of Madagascar and was deposited during the Jurassic period. The polishing reveals a beautiful pattern, often causing these spheres to be called dragon spheres as they remind people of what they imagine dragon skin looking like.

The cracks in the concretions are then filled in with minerals such as calcite (yellow) and aragonite (brown) and sometime pyrite causing the very interesting patterns, which have often been described as dragon's skin. They are frequently found as geodes with hollow, calcite crystal filled cavities. More rarely the fossils that originally started the formation of the concretion are still preserved in the septarian.
View All Polished Spheres
FOR SALE
$135
DETAILS
SPECIES
Septarian
AGE
Middle to Late Jurassic 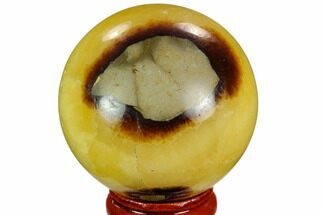 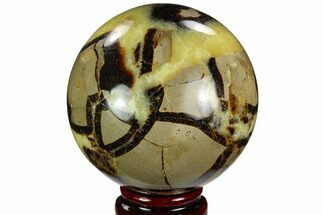 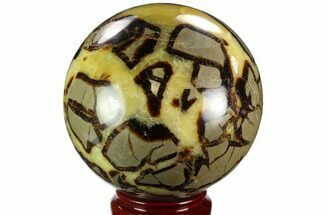 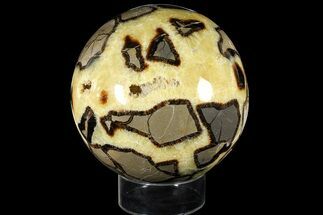 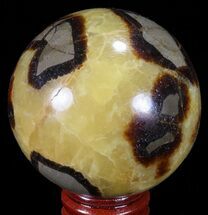 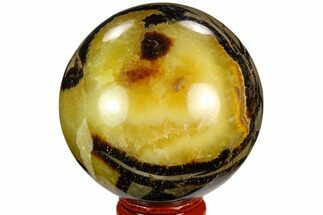