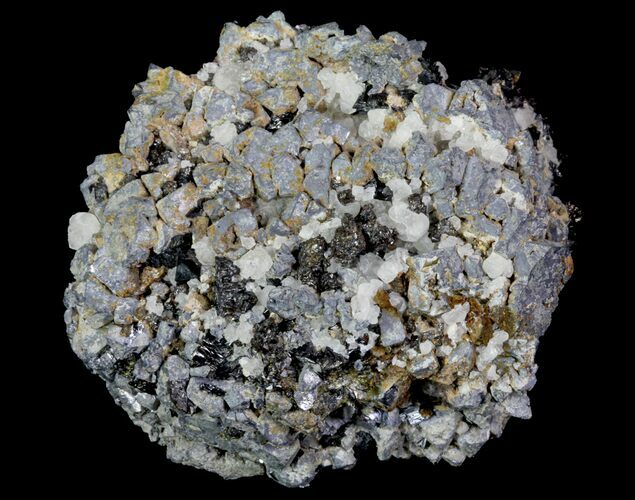 This specimen contains galena, calcite and sphalerite crystals, and was collected from the Pine Point Mine in Canada. Calcite, sphalerite and galena formed in tight aggregations amongst each other, leaving visible matrix only on the spot of removal.

Galena is a lead based mineral that is in fact the primary ore of lead, and has been used for its lead content for thousands of years. Galena typically displays a gray metallic luster and forms cubes or octahedral crystals. The chemical composition of galena is PbS.
FOR SALE
$35
DETAILS
SPECIES
Sphalerite, Calcite & Galena
LOCATION
Pine Point Mine, Northwest Territories, Canada
SIZE
2.7 x 2.4"
CATEGORY
Metals / Metallic Ore
SUB CATEGORY
Sphalerite
ITEM
#64514
SHIPPING
Shipping & Return Policy info.