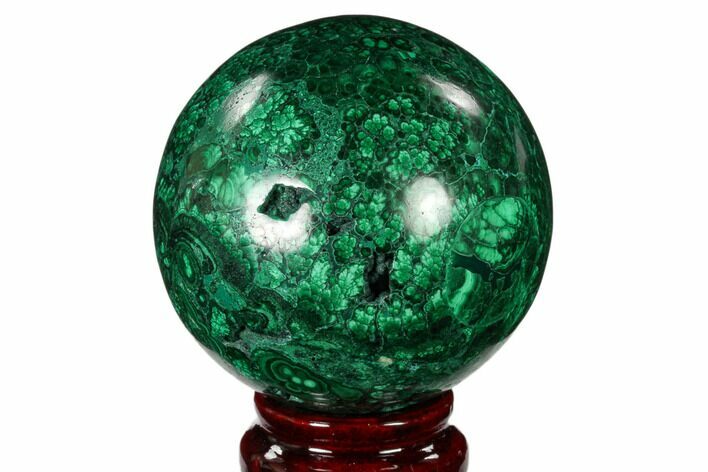 This is a beautiful, hand-polished sphere of brilliant green malachite from the Congo. The lapidary work is very nice, and allows for the great, natural, botryoidal patterns in the mineral to be seen. There are a few small areas where cavities in the malachite were filled in during polishing.


Comes with a display stand. 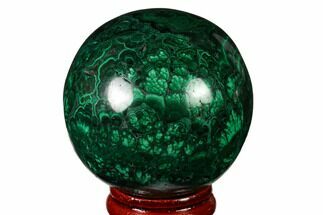 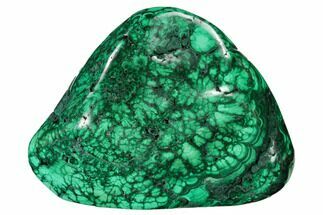 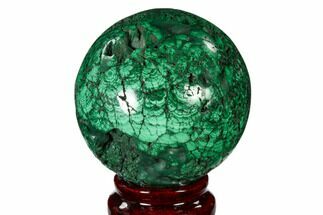 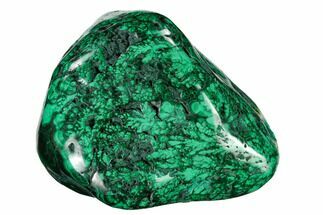 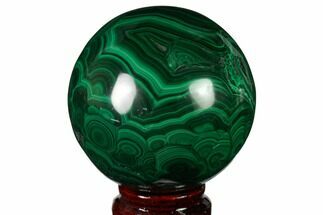 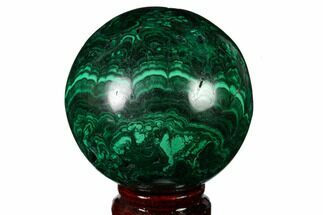 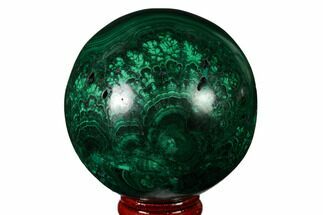 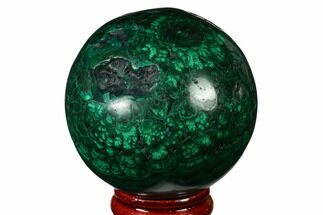 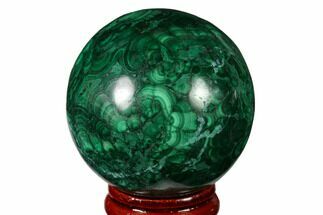