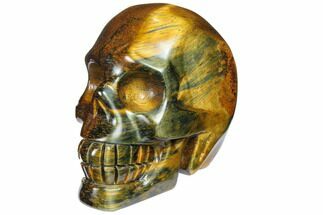 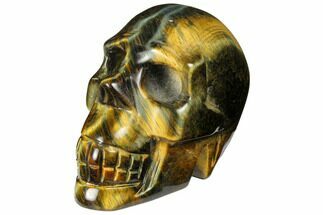 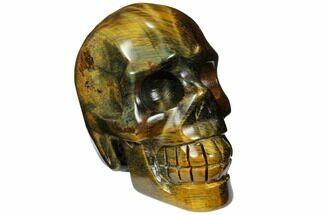 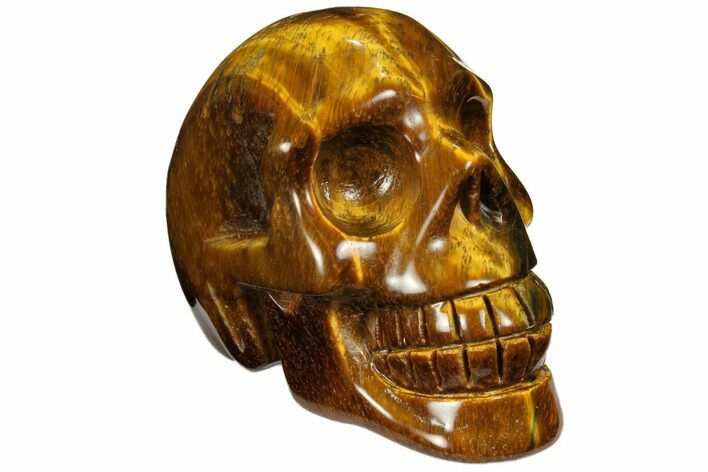 This is a fascinating 2.4" polished skull made of tiger's eye. The tiger's eye that was used was collected from the Northern Cape Province in South Africa. Great carving a polishing work on this beautiful piece.

Tiger's eye or Tiger Eye is a gorgeous, chatoyant gemstone with alternating banks of golden to red-brown color and a silky luster. It has a fascinating and constantly shifting light effect where the gold and brown bands appear to keep reversing as the stone is moved relative to the light source. 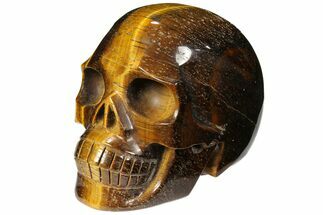 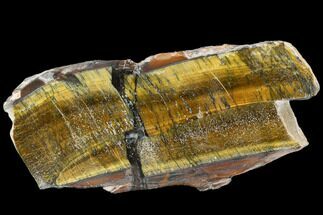 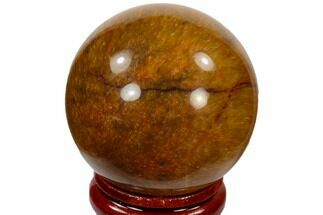 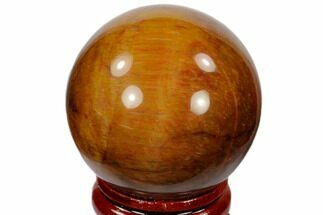 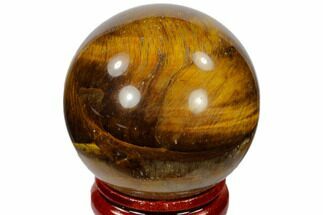 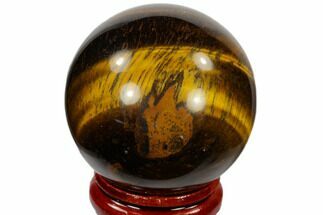