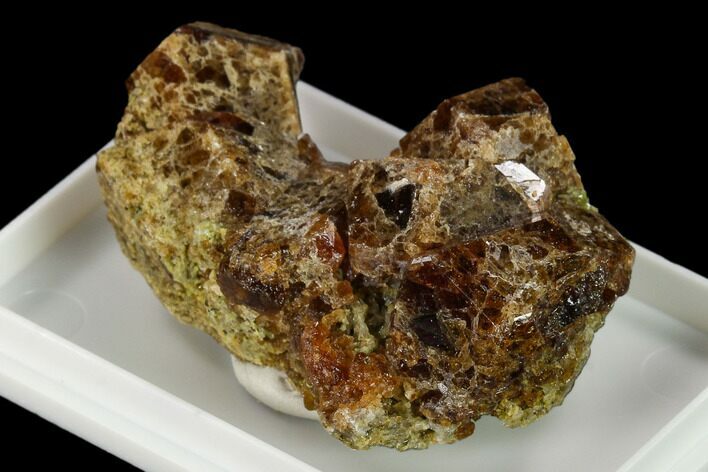 This is a 1.8" wide specimen that's covered in orange grossular garnets, collected from the the Tungsten Hills of Inyo County, California. Comes with an acrylic display case. 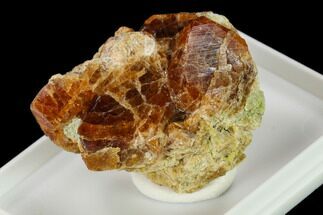 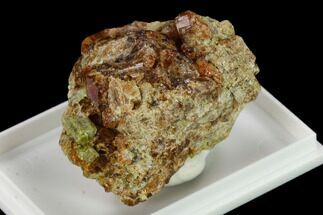 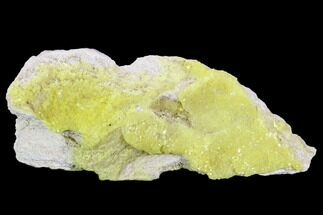