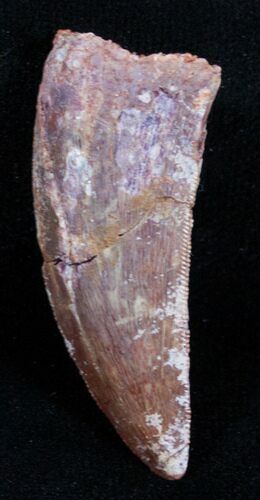 This is a nice 1 1/2 inch long tooth from the gigantic, meat-eating, theropod dinosaur, Carcharodontosaurus. The tooth is finely serrated with no restoration. There is a single repaired crack in the tooth. 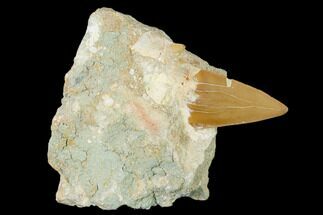