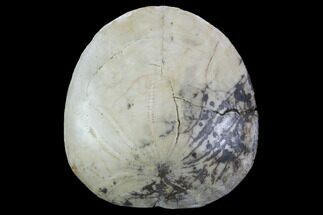 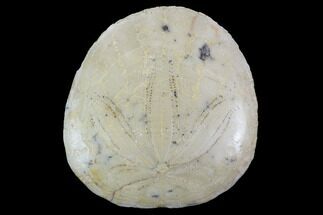 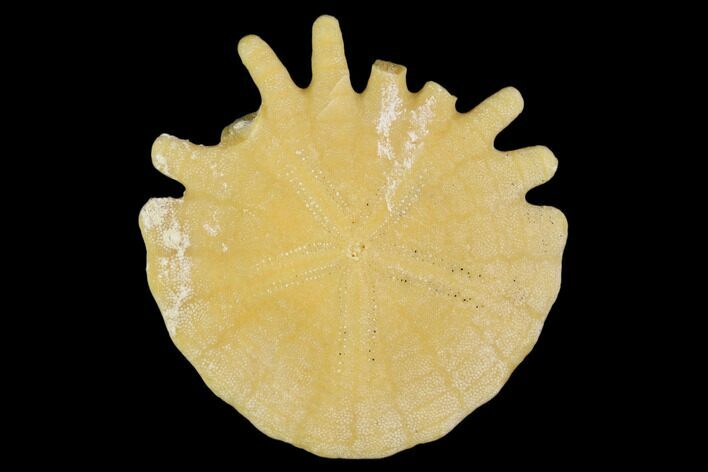 This is a bargain, 1.4" fossil sand dollar (Heliophora) from Boujdour Province, Morocco. This specimen is missing three digits. It shows good anatomic detail.

Heliophora is a genus of small sand dollars belonging to the family Rotulidae. The genus has distinctive indentations along the edge of the test (body), but the extent and depth of these can very remarkably between individual specimens. In the case of these specimens the indentations are very pronounced.

A sand dollar is a highly flattened form of urchin of the order Clypeasteroida. As an echinoderm, they have a pentameral symmetry to their body organization, a water vascular system, and an endoskeleton made of calcite plates. They live in shallow marine environments just below the low tide line, buried in the sand or mud. They range up to about 4 inches (10cm) in diameter and most are about a third (7mm) to half (12mm) an inch thick but some are over an inch thick. The are basically circular in shape, with some having flattened or indented sides. Living, they are covered with velvety looking spines that they use to move. The most diagnostic indicator of fossil sand dollars is the five ovate form on the top side of the skeleton. These are part of the respiratory system and leave an easily identified “flower” on the skeleton. They are active predators, feeding on crustacean larvae, small copepods diatoms and algae.

Sand dollars first appear in the Paleocene, about 60 million years ago. By the middle Eocene, they had populated every ocean. As an order, sand dollars are not extinct. There are 49 genera of fossil sand dollars and 29 still living.
SOLD
DETAILS
SPECIES
Heliophora sp.
AGE
Miocene or Pliocene 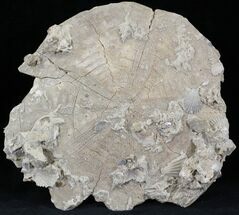 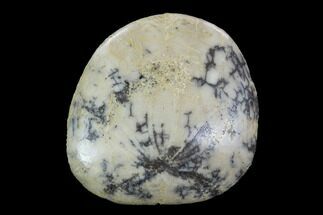 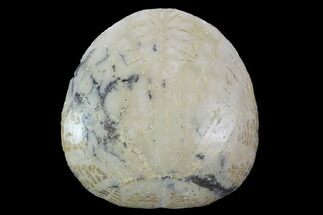 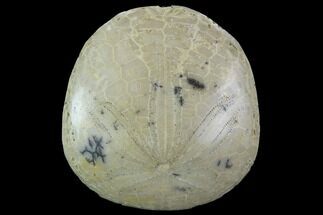 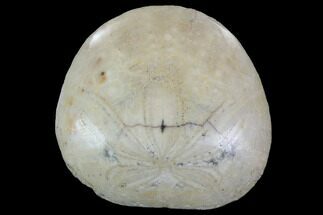