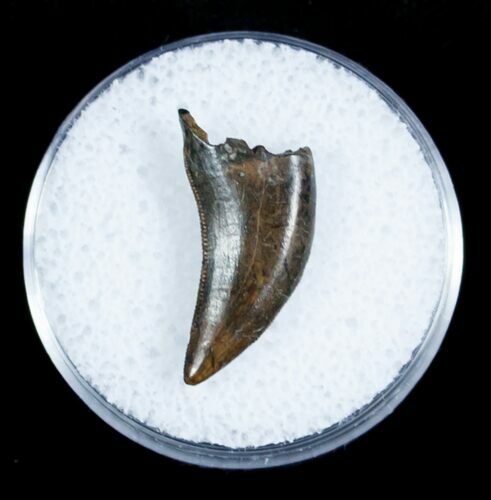 This is a .72 inch long Dromaeosaurus (raptor) dinosaur tooth from the Hell Creek Formation of Montana. It has good great enamel preservation, very nice serrations, a good tip and no restoration or repairs.

This tooth comes from a private dig in the Hell Creek Formation of Montana. The Hell Creek Formation represents a sub-tropical floodplain which would have been similar to coastal, modern-day Louisiana. This area was home to some of the most recognizable dinosaurs in the world including triceratops, hadrosaurs and the king of them all, T-Rex.