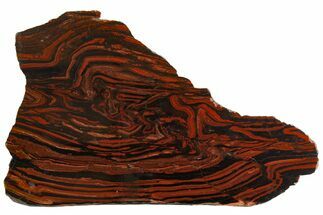 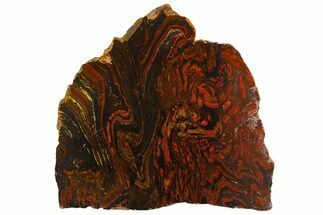 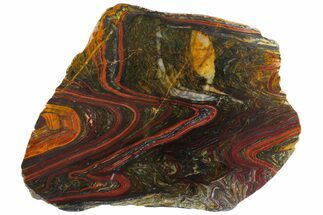 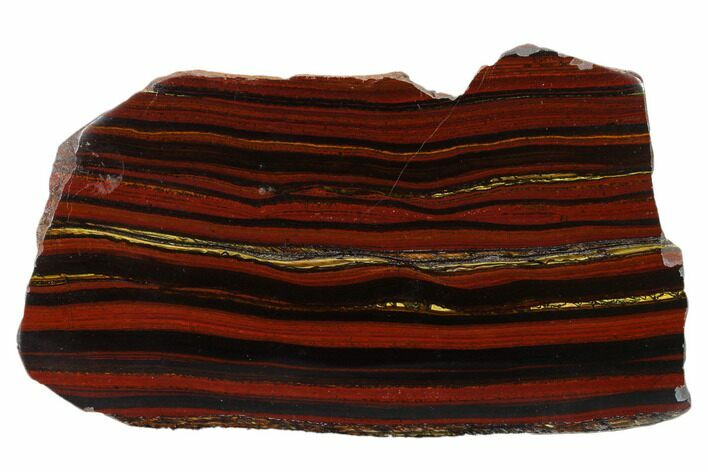 This is a gorgeous 6.3" wide polished slab of a 3.02 billion year old tiger collected from the Ord Ranges in Western Australia. Tiger Iron is a banded structure of Tigers Eye, Red Jasper, and Hematite. One theory is that tiger iron is a typical stromatolite that has undergone mineral replacement with iron oxide. Another is that the microbes formed the banded iron directly while the stromatolite was being formed. Yet another is that was formed indirectly by stromatolites when the oxygen they produced mixed with iron produced by submarine volcanoes precipitating bankds of iron oxide. Either way this tiger iron is gorgeous to look at and even more impressive when you consider that it is evidence of life on earth several billion years ago. 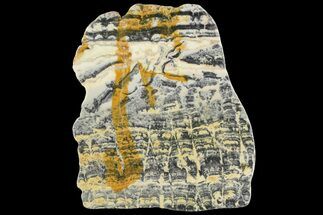 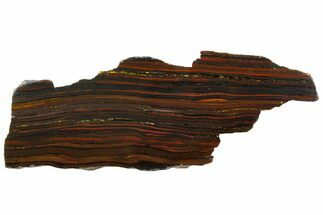