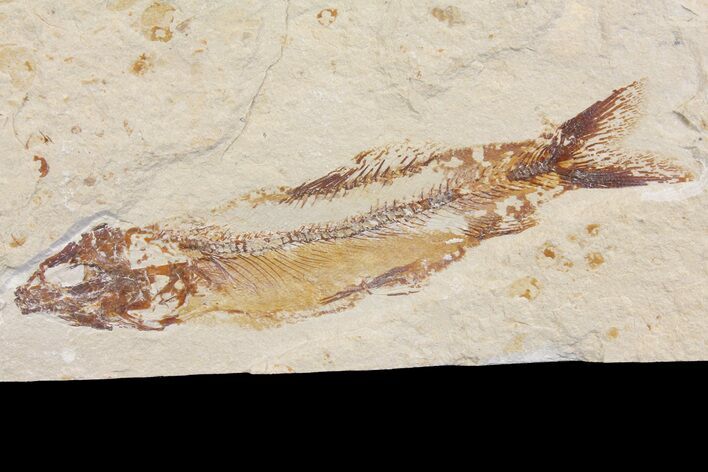 This is a 3.5" long fossil fish (Hajulia sp.) quarried near Hakel, Lebanon. The detailed preservation on this specimen shows fins and fin rays, head, spine and tail.