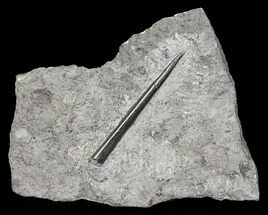 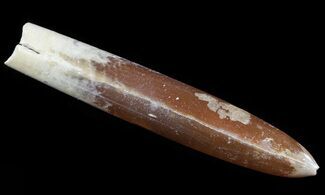 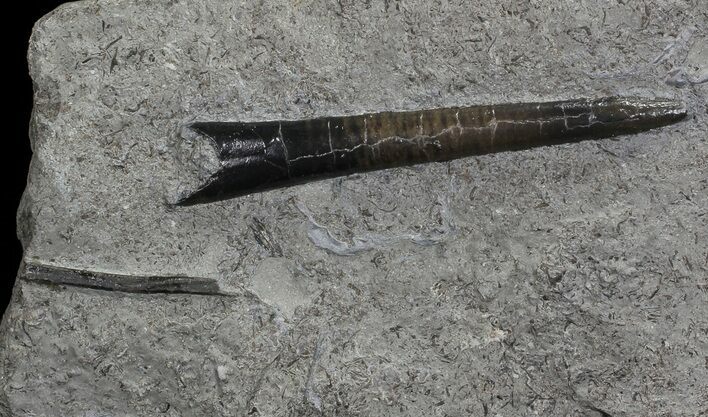 A complete belemnite showing soft parts preserved in a German museum. Photo by Ghedoghedo
is a fossil belemnite (Youngibelus gigas) from the Posidonia Shale in Germany. It's been left partially embedded in the rock it was found in and the surface has been polished. 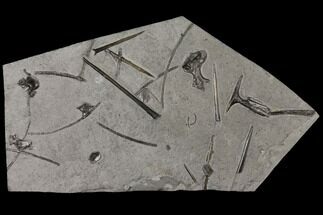 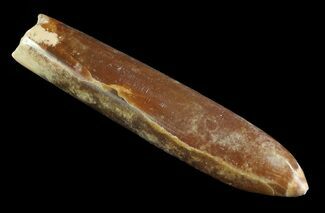 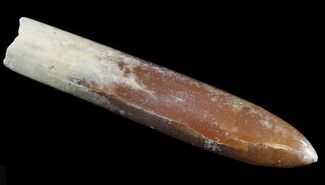 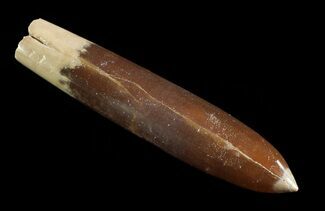 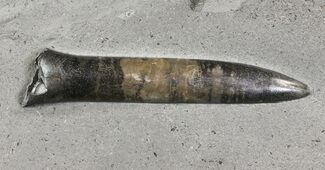