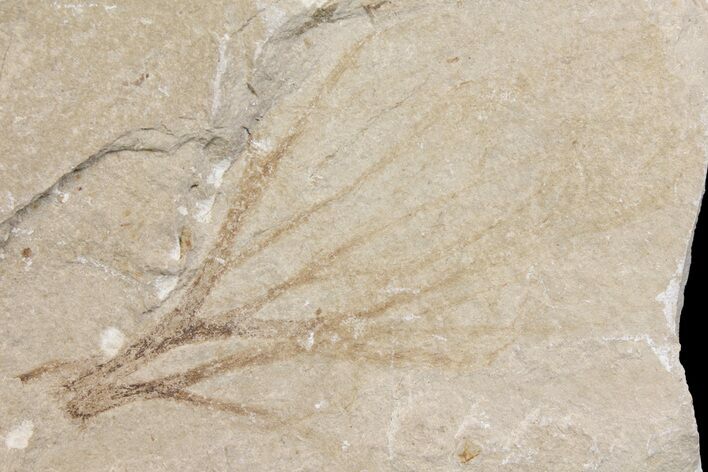 This is a unusual find, it's a well preserved plant fossil from the Upper Cretaceous marine deposits near Hakel, Lebanon. These deposits are known for their remarkable preserved fossil fish, but occasionally terrestrial plant fossils which got swept out to see can be found in them also. This plant fossil measures roughly 2.7" long by 1.7" wide. 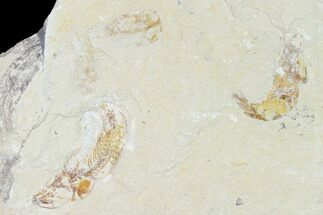 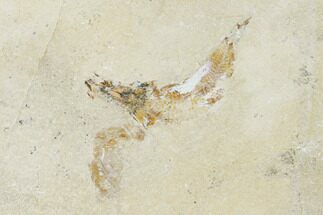 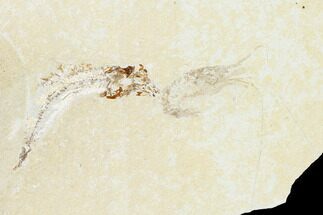