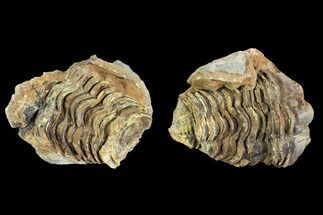 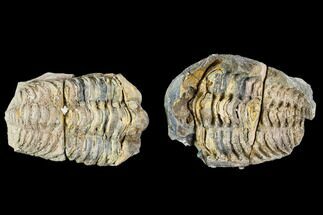 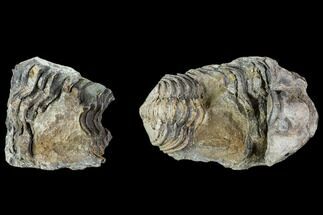 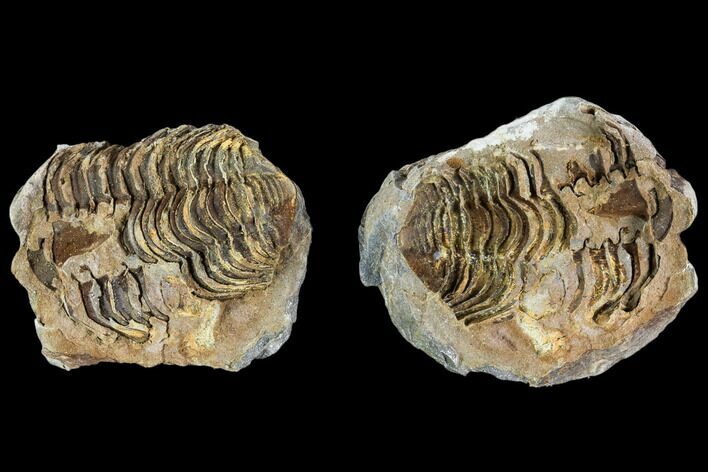 This is a 3D trilobite (Calymene) nodule from the Anti-Atlas Region of Morocco. These trilobites are preserved as internal molds within the sandstone formation and are fairly common, making them a very inexpensive trilobite fossil for their size. These Calymene trilobite are accompanied by their negative portion of the nodule from which it was encapsulated by. They have often been referred to as Flexicalymene ouzregui but the genus and/or species names are as yet, still being debated.

This nodule contains the positive and negative of the fossil. This specimen splits between the halves. the positive tail is on one half and the positive head is on the other.

Trilobites were a very diverse group of extinct marine arthropods. They first appeared in the fossil record in the Early Cambrian (521 million years ago) and went extinct during the Permian mass extinction (250 million years ago). They were one of the most successful of the early animals on our planet with over 25 thousand described species, filling nearly every ecological niche. Due in large part to a hard exoskeleton (shell), they left an excellent fossil record. FossilEra provides a selection of authentic trilobite fossils for sale from around the world.
More About Trilobites
SOLD
DETAILS
SPECIES
Calymene sp.
AGE
Upper Ordovician 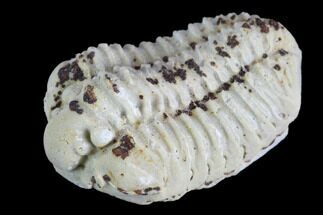 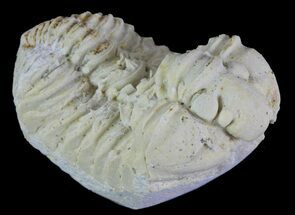 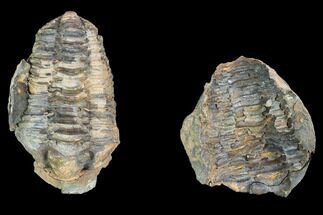 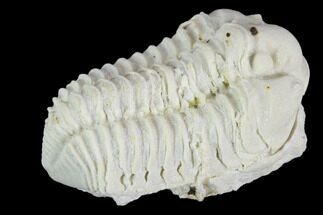