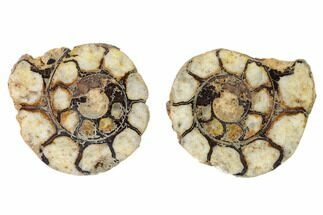 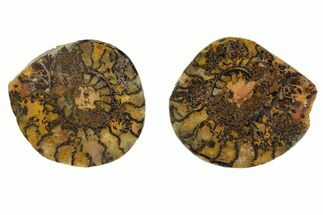 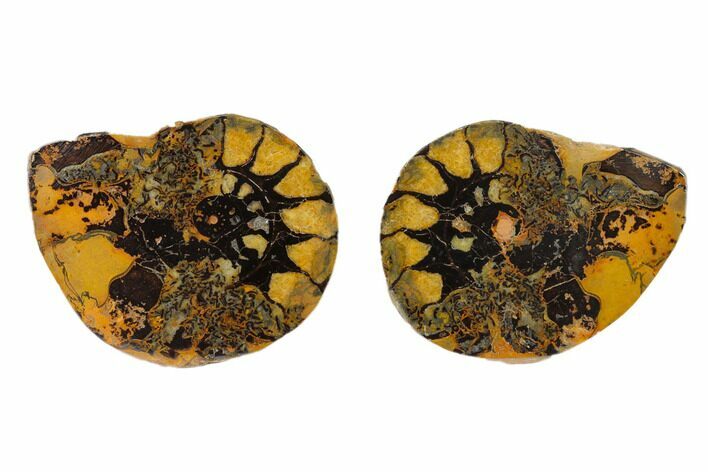 This is a beautiful iron replaced ammonite fossil collected near Goulmima, Morocco. It has been sliced in half and polished revealing the beautiful inner chamber detail. During fossilization the shell of the ammonite was replaced by an iron compound, likely hematite.

You will receive both halves as shown. 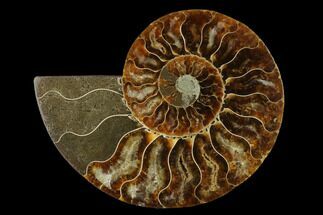 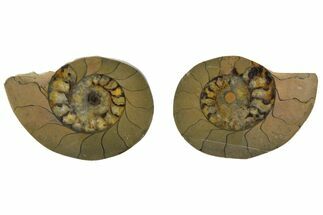 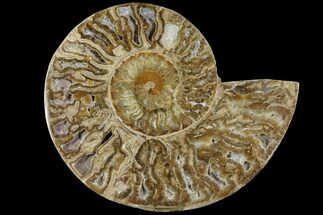 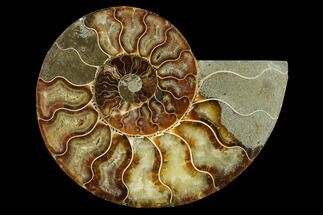 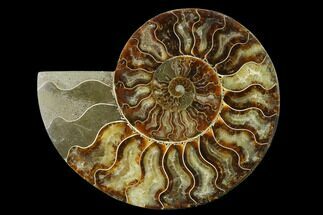