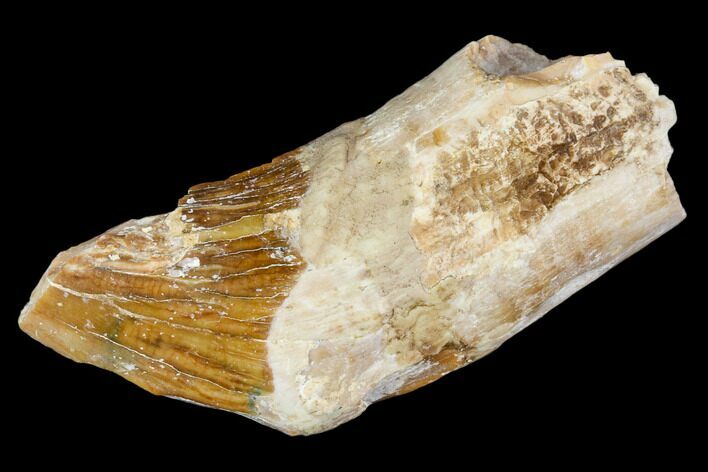 This is a fossil tooth of an Eocene aged, primitive whale (Basilosaur) from the Samlat Formation, Southwest Morocco. This tooth is an incisor from the left side of the jaw. Half of the crown and root are missing and there is gap fill at the base of the crown. These are rare fossils and almost always found broken.

A cast of a Basilosaurus jaw showing the varying tooth shapes in the jaw.
About Basilosaurs
FOR SALE
$95
DETAILS
SPECIES
Unidentified Basilosaur
AGE
Late Eocene 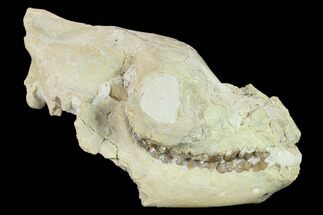 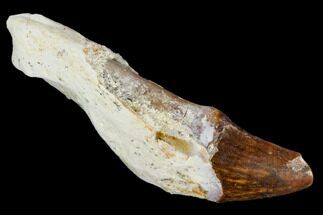 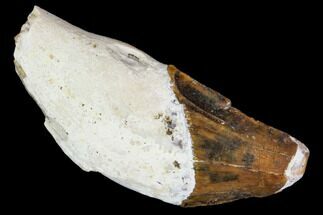