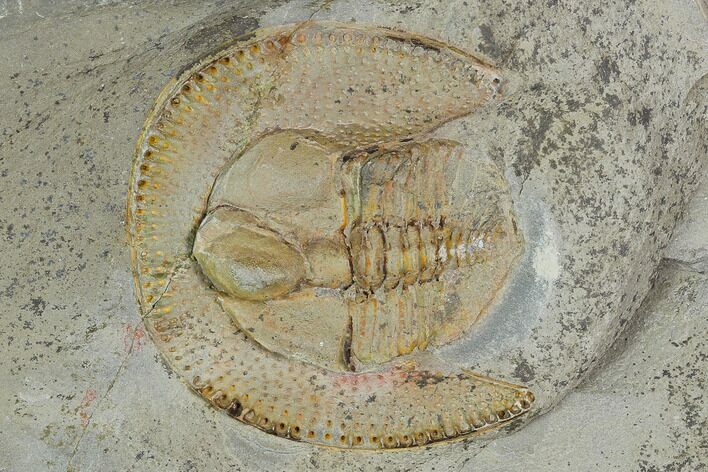 This is a very inflated and colorful specimen of the Trinucleid trilobite Declivolithus from Ouled Slimane, Morocco. It has a natural orange preservation due to the oxidiation of iron pyrite which had replaced the fossil. It is 1.6" wide and 1.5" long. Both the positive and negative impression of the trilobite are included. There is one repaired crack through both sides of the rock.

This trilobite has really dramatic cephalic pits along its "head shield". The exact purpose of these pits is unknown, but they could have had sensory purposes or aided in filter feeding. 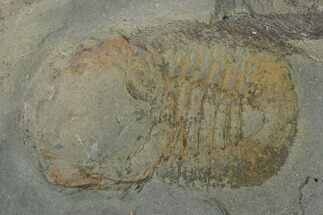 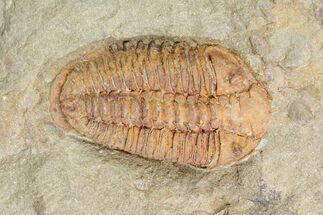 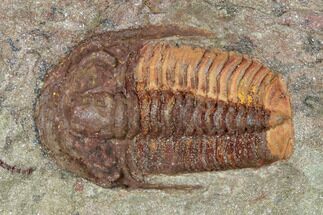