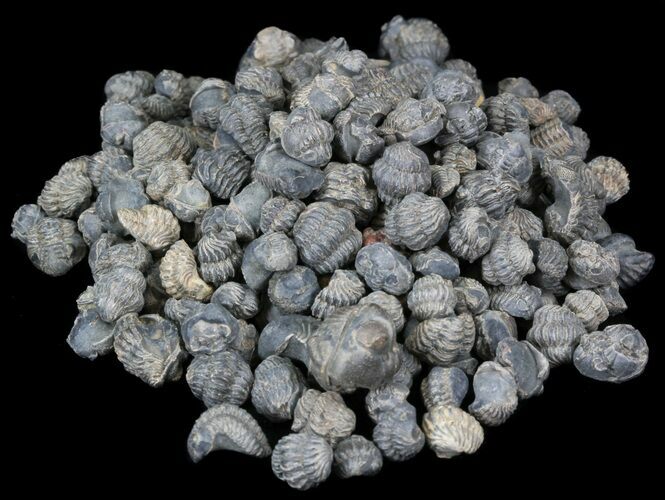 These are small, enrolled Acastoides trilobite fossil from Morocco. They're Lower-Middle Devonian in age, or around 380 million years old. Trilobites enrolled for defensive purposes and are often found preserved in this posture. They range in size between 1/4" and 1/2", most of which are on the smaller end.

The photos are representative of the trilobites.

Trilobites were a very diverse group of extinct marine arthropods. They first appeared in the fossil record in the Early Cambrian (521 million years ago) and went extinct during the Permian mass extinction (250 million years ago). They were one of the most successful of the early animals on our planet with over 25k currently described species, filling nearly every evolutionary niche. Due in large part to a hard exoskeleton (shell), they left an excellent fossil record.
More About Trilobites
FOR SALE
$4
0 Available
Quantity Discounts
3 to 9 Pieces
$3
10+ Pieces
$1.50
DETAILS
FOSSIL TYPE
Trilobite
SPECIES
Mostly Acastoides
AGE
Lower-Middle Devonian
LOCATION
Morocco
SIZE
Average 1/4 -1/2" wide
RELATED 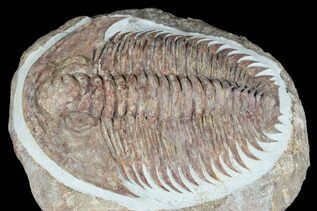