The Connecticut Valley is home to the first dinosaur tracks identified in North America. Thousands of tracks from several different types of dinosaurs have been discovered in the Early Jurassic aged sandstone on the valley floor. The most abundant of these tracks is a three-toed, theropod dinosaur track which ranges from about 16 to 20 inches long. Over two thousand of these tracks were discovered in a single layer of rock in Rocky Hill while doing construction on a highway. While no skeletal remains of this dinosaur have been found, it was named Eubrontes giganteus in 1845 by famous paleontologist Edward Hitchcock 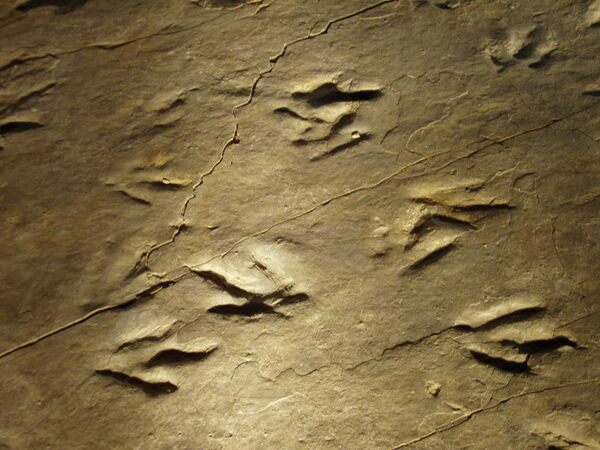 Closeup of Eubrontes tracks at Dinosaur State Park in Connecticut.


Based on size, shape and stride it’s believed the dinosaur that left these tracks much has over one meter high at the hip and 5-6 meters long. Based on these characteristics and their age it’s possible they may be related to Dilophosaurus, but that’s mostly just a guess.

Today the trackways exposed at Rocky Hill can be seen in the Dinosaur State Park, one of the more popular tourist destinations in New England.

An artists rendering of Dilophosaurus. Eubrontes is thought to have been a similar dinosaur. Artwork by Nobu Tamura - Creative Commons License 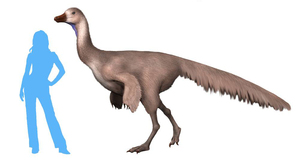