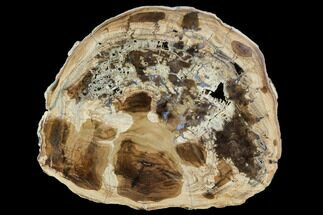 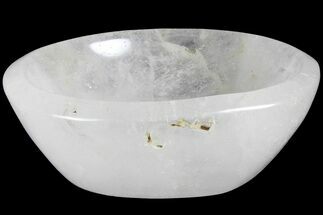 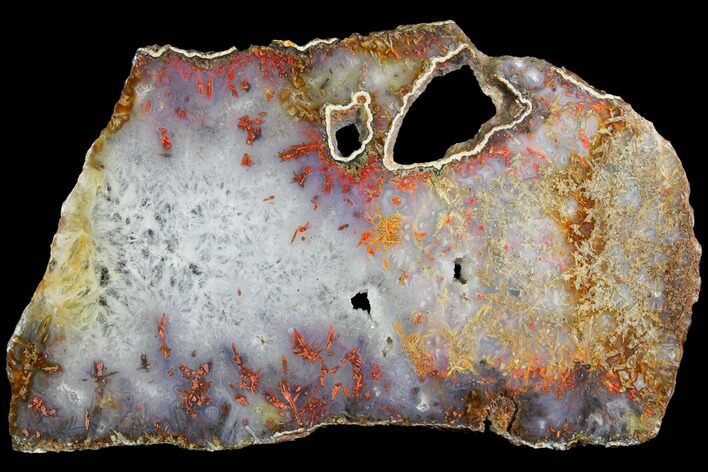 This is a phenomenal, 8.2" wide slab of Trent Agate from Oregon. This rare agate contains inclusions of stibnite and red realgar. The slab has been polished to a mirror-like finish and comes with a display stand.

Trent stibnite agate, also known as "Trent agate", is a very unique and rare agate formation which occurred around crystal sprays of stibnite and/or realgar. Trent agate was collected in the 1960's, from a railroad cut in Trent, Oregon. Following an accident at the site of collection, the mine was closed and eventually covered by a road. Specimens of this beautiful agate are now only obtainable through old collections.

Like many other agates, Trent agates form by deposition of microscopic silica crystals in concentric layers within cavities of rocks. The colors of the agate are dependent on impurities within the silica-rich solutions, which in this case are a result of the arsenic, realgar and stibnite impurities.

While both realgar and stibnite are toxic and can be harmful if inhaled or swallowed they are incased in silica and would not pose a health hazard. We still encourage people to wash their hands after handling this material to be on the safe side.
View All Polished Stones
SOLD
DETAILS
SPECIES
Agate, Stibnite & Realgar
LOCATION
Trent, Oregon
SIZE
8.2 x 4.8", .2" thick
CATEGORY
Agates
SUB CATEGORY
Trent Stibnite Agate
ITEM
#114453
SHIPPING
Shipping & Return Policy info. 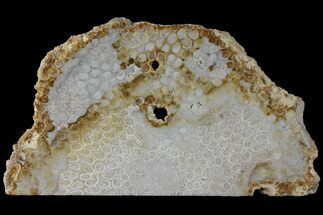 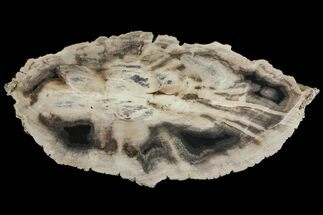