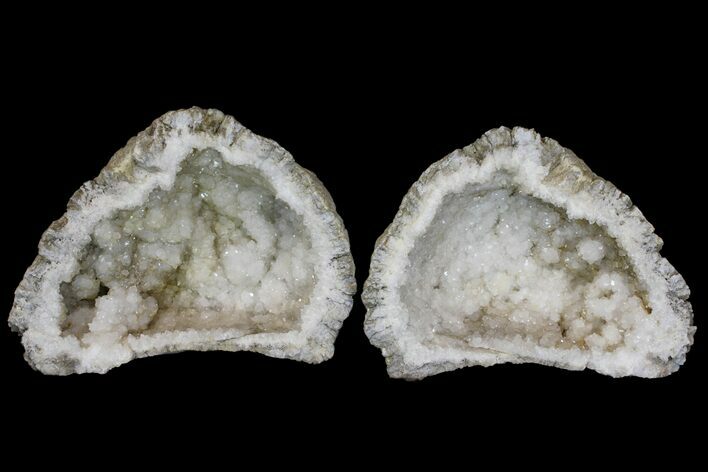 This is a sparkling quartz geode that was collected from the Keokuk area of Iowa. It's been cracked open to reveal an interior lined with glimmering, clear quartz crystals. The orange coloration is a result of iron oxidation (hematite). Both halves are included. 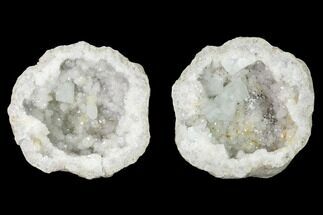 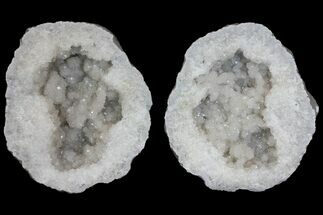 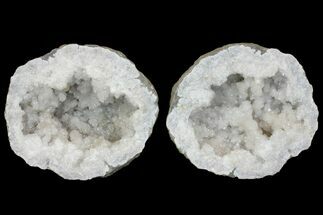