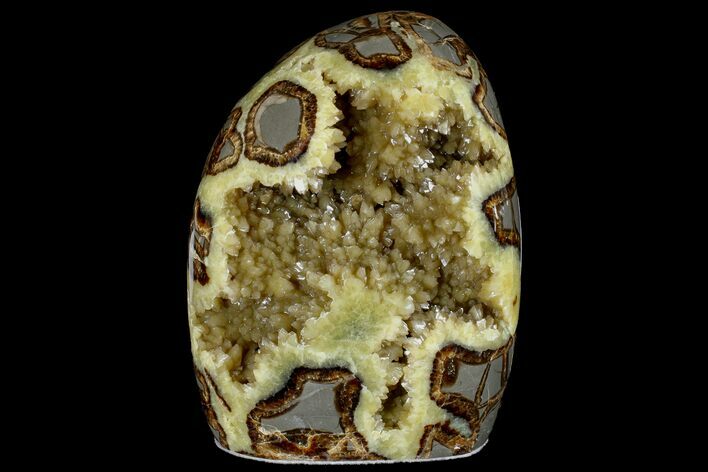 This is an absolutely gorgeous, yellow calcite crystal filled, free-standing septarian geode from Utah. Most of the specimen has been polished to a glossy finish, with the backside of the specimen left in its rough nodule state. The base of this septarian has been lined with felt to prevent scratching of the display surface.

The cracks in the concretions are then filled in with minerals such as calcite (yellow) and aragonite (brown) and sometime pyrite causing the very interesting patterns, which have often been described as dragon's skin. They are frequently found as geodes with hollow, calcite crystal filled cavities. More rarely the fossils that originally started the formation of the concretion are still preserved in the septarian.
How do geodes form?
FOR SALE
$245 $220
DETAILS
SPECIES
Septarian
AGE
Late Cretaceous - Cenomanian Stage 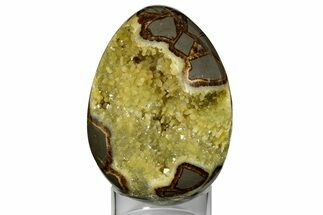 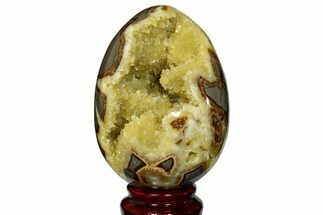 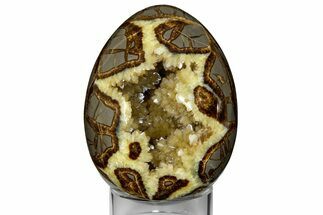