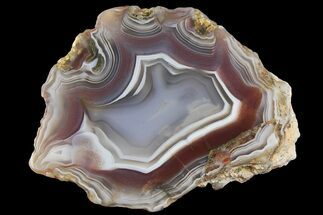 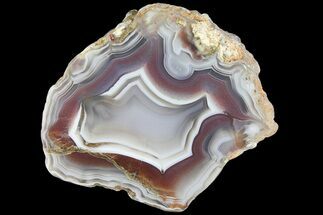 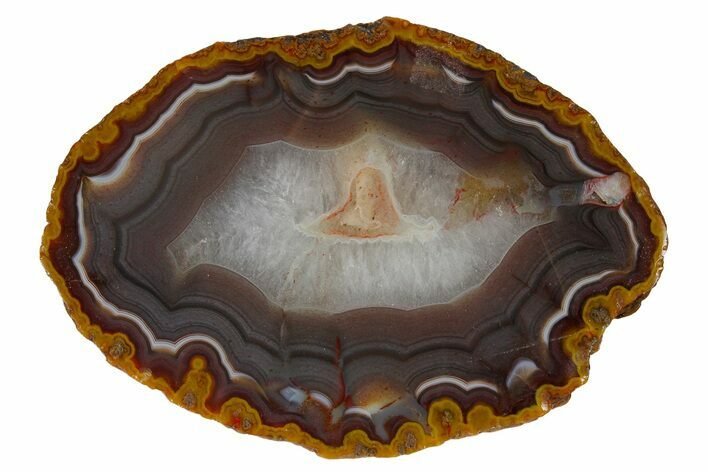 This is a colorful, polished agate nodule end cut that was collected from the Khenifra Province of Morocco. This agate nodule section features a wide range of colors including yellow, orange, red, purple and pink hues. It measures 4.4" wide and is up to 2.3" thick. 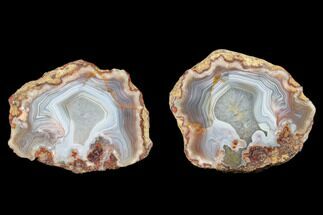 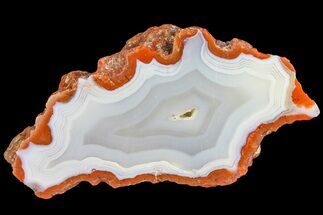 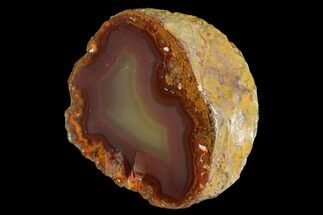 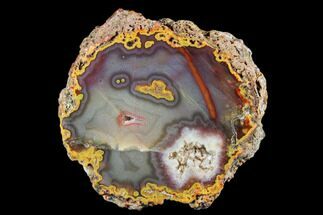 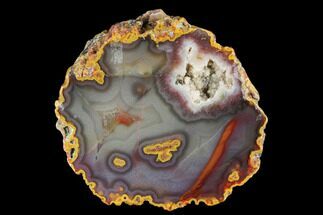