FOSSILERA
MINERALS
FOSSILS FOR SALE
NEW
CRYSTALS
ABOUT
Minerals & Crystals
Quartz Crystals
Amethyst
Cactus/Spirit Quartz
South Africa produces a variety of quartz that is so popular among crystal enthusiasts and collectors that it has received many trade names. These include cactus quartz, spirit quartz and pineapple quartz. It comes in a wide variety of colorations including all shades of purple (amethyst), orange, yellow (sunshine quartz), white and clear. The primary feature of cactus quartz is a central crystal encrusted in a secondary growth of small, thorny crystals, hence the name. Dark purple crystals are the rarest, most sought after among collectors and thus the most valuable.
9 Items ($15 to $85) 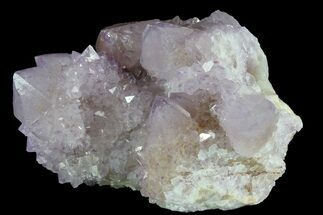 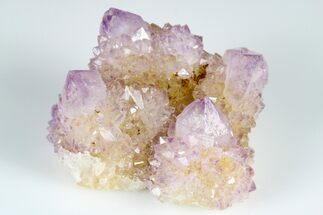 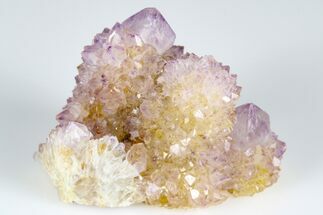 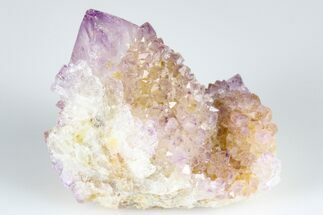 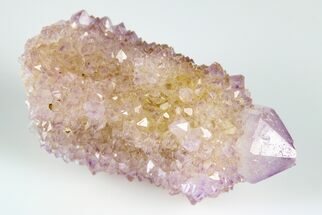 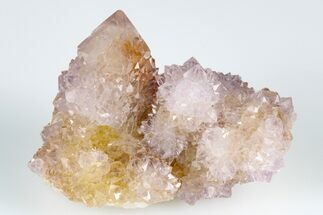 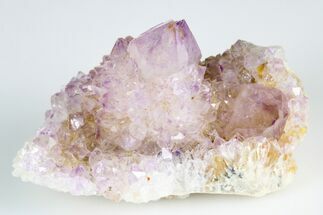 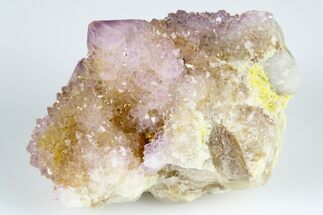 How Does Cactus Quartz Form?

Cactus quartz, also referred to as spirit quartz, spirit amethyst, or pineapple quartz, is a variety of quartz characterized by second-generation druzy crystals growing on the faces of larger quartz crystals. The small, second-generation crystals point away from the larger prism and their orientation is not related to the crystallographic orientation of the central crystal. This perpendicular orientation on the larger first generation crystals mimics the appearance of a cactus with spines, hence the name, cactus quartz.

Where Is Cactus Quartz Found?

Cactus quartz comes from Boekenhoutshoek in the Mpumalanga province of South Africa. It is often mistakenly noted as being from the Magaliesberg Mountains, which is not quite geographically accurate. This widespread misinformation about locality is thought to have been the result of an attempt to protect the location of the deposit in the early days of its discovery.

How Does Cactus Quartz Get Its Color?

Cactus quartz comes in a variety of shades ranging from white to deep purple to oranges. The orange coloration was once thought to be citrine, formed by natural heating processes of the amethyst. However, some experts suggest that the orange coloration is the reflection of orange iron oxide coatings by white crystals. Perhaps the rarest and most coveted form are deep purple amethyst points. These dark amethysts are becoming increasingly rarer, the deeper mines dig. Some sources indicate that amethyst cactus quartz may only make up 1% of extracted material. 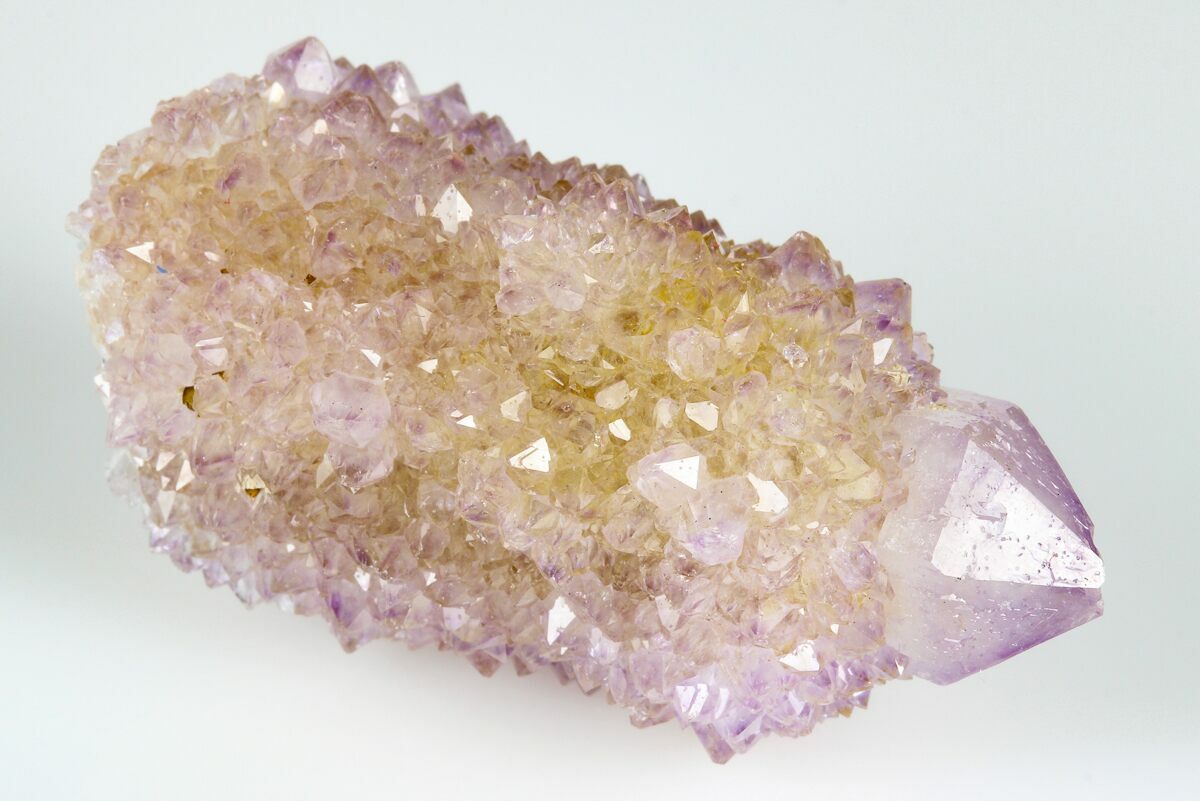 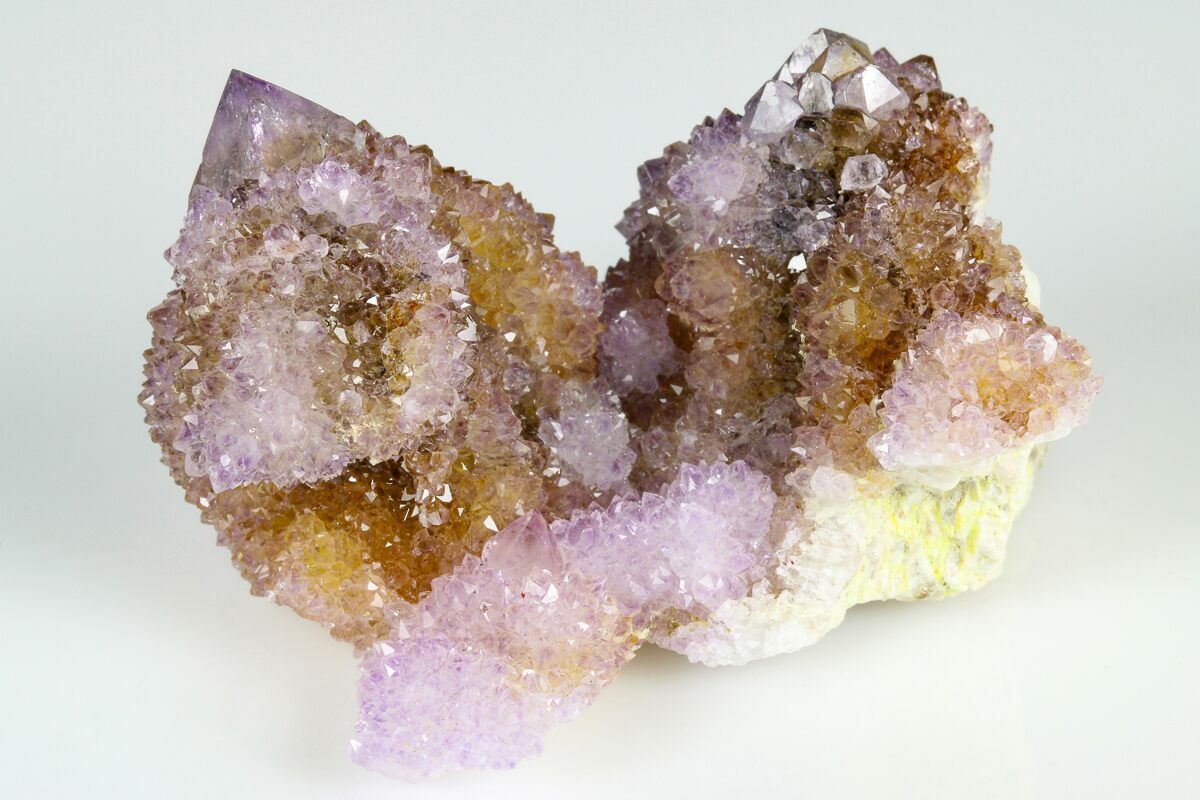 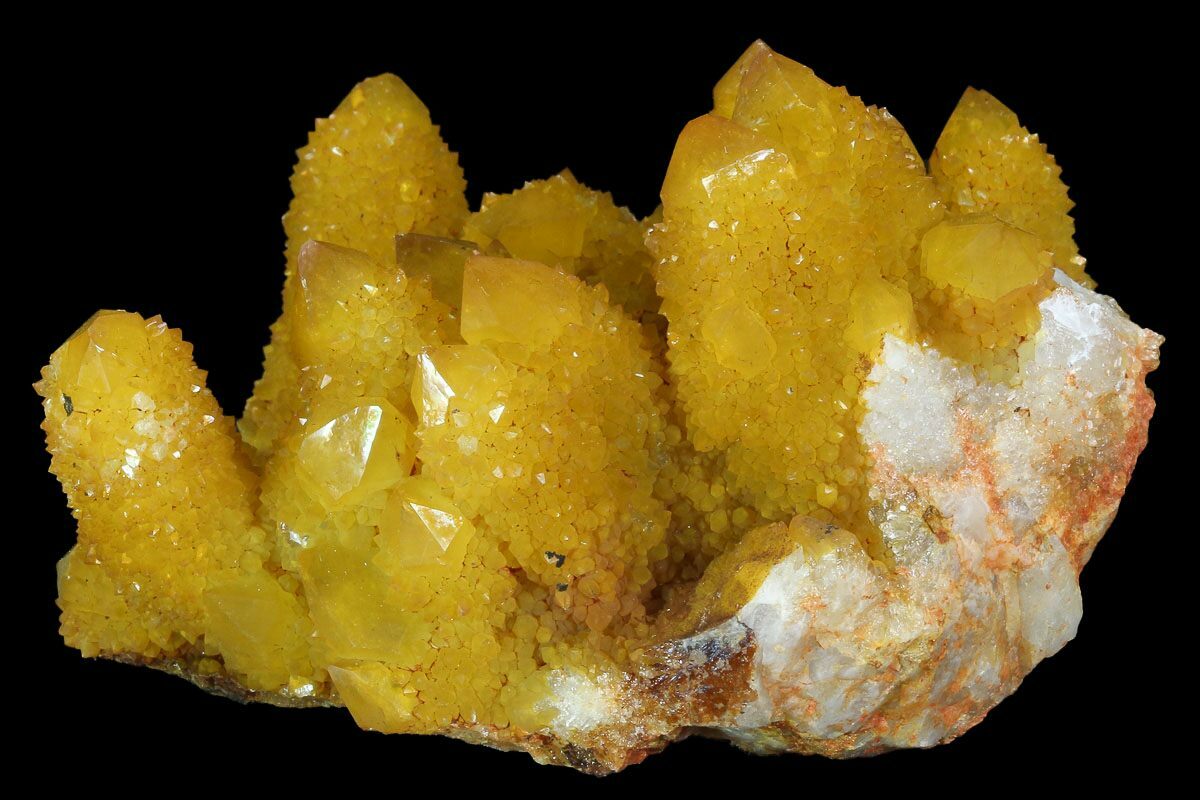