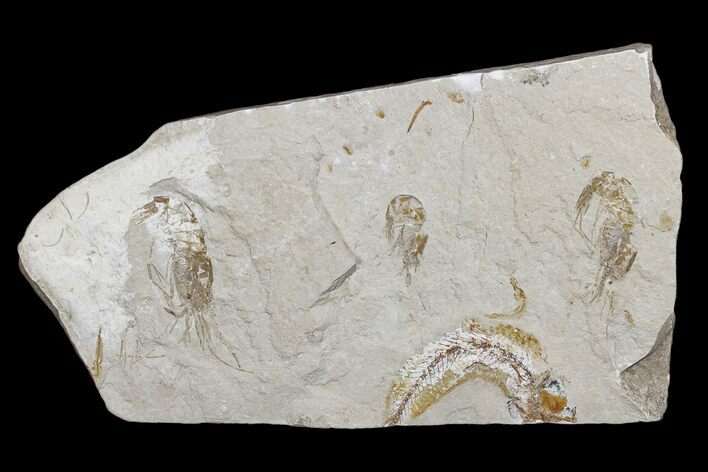 These are three fossil shrimp (Carpopenaeus sp.) from Hjoula, Lebanon. The largest shrimp is 2.5" long and it shows the carapace, antennae, legs and abdominal scales. These shrimp are naturally associated with three fish fossils. There is no color enhancement or restoration on this specimen.

A photo of one of the quarries at Hjoula, Lebanon
FOR SALE
$125
DETAILS
SPECIES
Carpopenaeus sp. & Unidentified Fish
AGE
Upper Cretaceous (~94 Million Years)