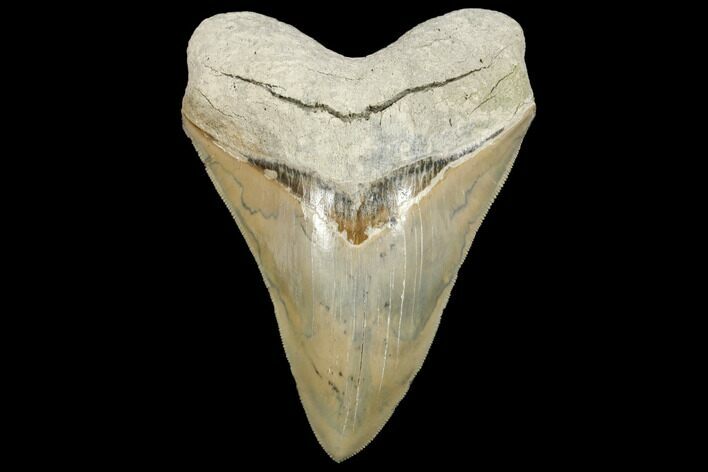 This is a killer, serrated, 5.39" long, fossil Megalodon tooth found in Aurora, North Carolina. The tooth would have come from an adult, prehistoric, mega-shark in the 40+ foot size range. Large, complete Megalodon teeth from here are hard to come by now days. This one is an excellent collector quality specimen is gorgeous enamel, sharp serrations, nice tip and fantastic root. 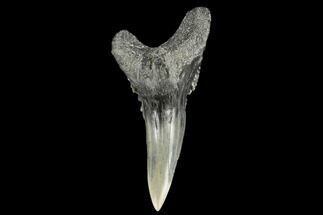 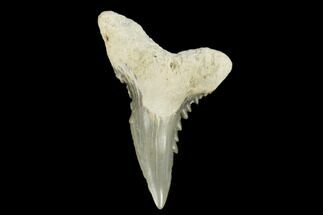