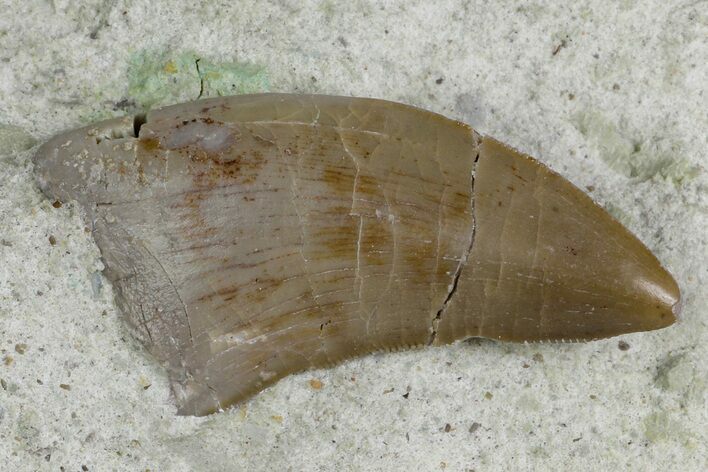 This is a rare, 1.01" long Megalosaurid (Marshosaurus?) tooth collected this past summer from the Morrison Formation. It comes from our partners private quarry East of Dinosaur, Colorado. It has excellent enamel, fine serrations and a nice tip. It was left partially embedded in the sandstone that it was found in. There are a couple of minor crack repairs. 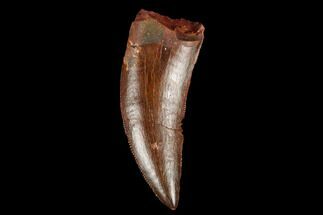 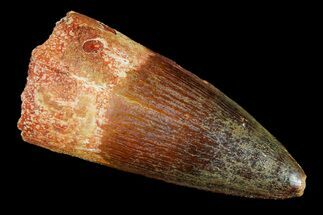