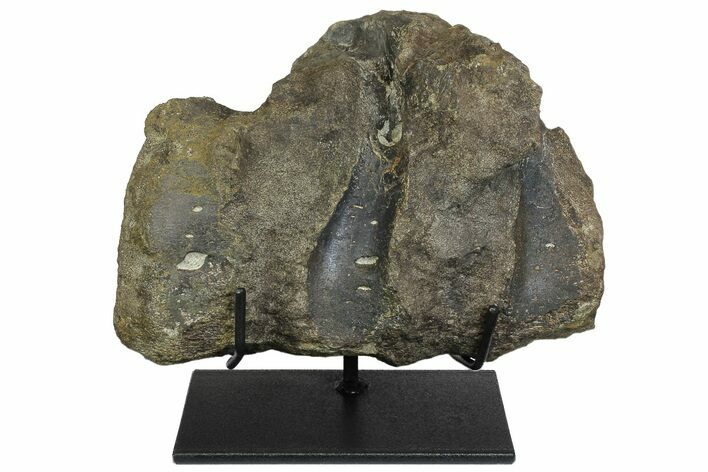 This is an interesting specimen that was recently collected from the Late Cretaceous age Two Medicine Formation in Pondera County, Montana. What we have here are three sacral vertebrae that naturally fused together during the growth of the Hadrosaur (Maiasaura?). Vertebral fusion was relatively common in large dinosaurs and evidence of this occurrence can be found in specimens dating back to the Late Triassic. Factors that resulted in fused sacral vertebrae are believed to be a combination of ontogeny and evolutionary incorporation of additional sacral vertebrae as dinosaur body sized increased.

The majority of restoration to this specimen can be found along the superior portion of the vertebral arch where the bone crumbled away. Rock has been left within the neural canal for stability purposes. The vertebrae can sit fit on the included metal display stand two separate ways (can be seen in photos above).