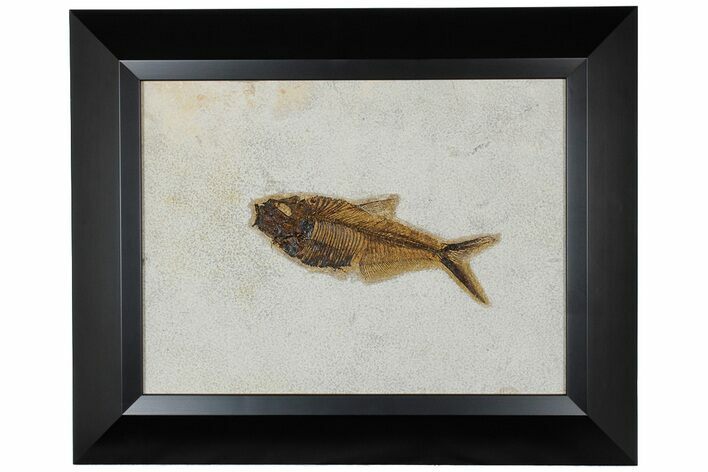 This is a 6.9" fossil fish (Diplomystus) from the famous 18-inch layer of the Green River Formation, near Kemmerer, Wyoming. This amazing specimen is incredibly well preserved on a slab of shale that has been framed for easy hanging and display. It beautifully shows bone and fin rays.

It comes from the coveted 18 inch layer of the Green River Formation which produces darker and more detailed fish than the majority on the market. The rock from this layer is much harder and more durable. This layer is typically collected at night using low-angle light to see the bump in the rock that the backbone creates. They then cut these fish out and take them to a lab where the fish, which may be up to an inch under the surface of the rock, are meticulously extracted under microscope with hand tools.

A view of the 18 inch layer of the Green River Formation at the Lindgren quarry near Kemmerer, Wyoming. 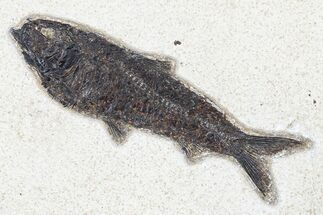