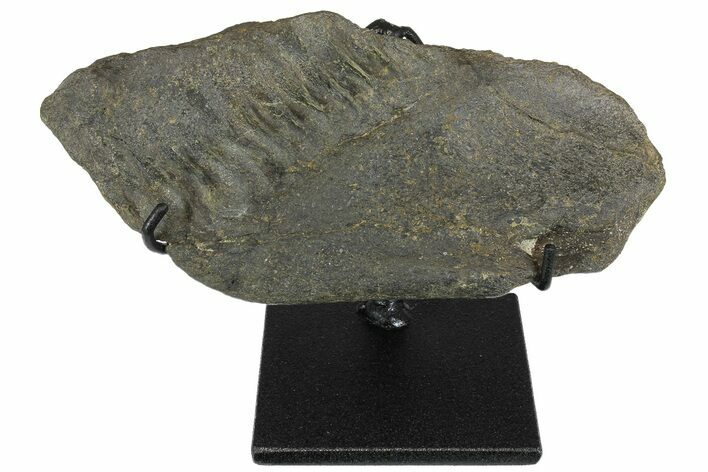 This is a nice, 6.7" wide fossil hadrosaur (Maiasaura sp.?) jaw (dentary) section from the Two Medicine Formation of Pondera County, Montana. There is a crack repair along one edge of this specimen and the ridges that would have separated each tooth have undergone some restoration.