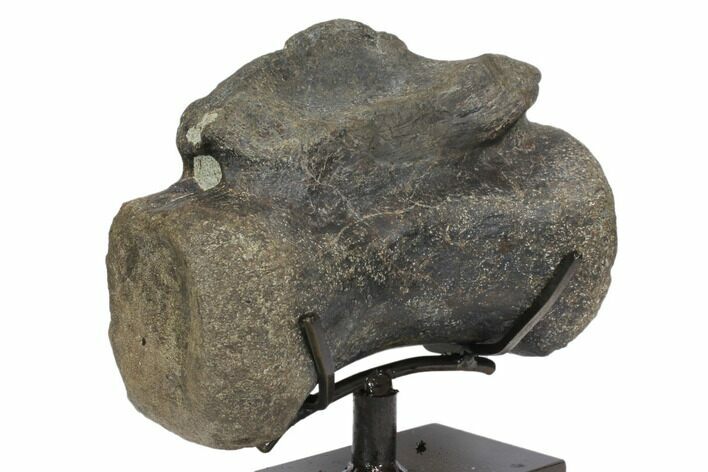 This is a really cool, 5.4" wide Tyrannosaur (Daspletosaurus sp.?) vertebra from the Two Medicine Formation of Montana. It was collected this last spring and has been nicely prepared from the hard rock surrounding it. The centrum is overall in good condition with some weathering along the edges and small spots of gap fill restoration. Everything superior to the base of the pedicles was found separated from the centrum and required significant restoration to attach it back to the centrum. The processes weathered/broke away

It sits beautifully on the included custom metal display stand.

There are three described Tyrannosaurs found in the Two Medicine formation (Daspletosaurus, Gorgosaurus & Albertosaurus). An isolated vertebra would probably be indistinguishable between the three species. It was labeled as Daspletosaurus by the collector, since he believes most of the Tyrannosaur material he is recovering from the quarry is Daspletosaurus.