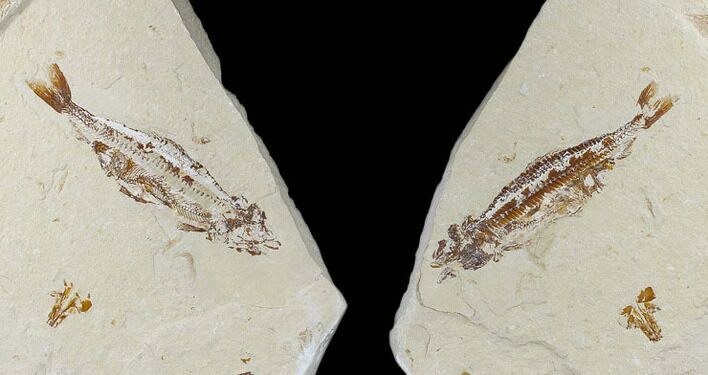 This is a beautiful, 5.2" long specimen of Prionolepis, more commonly known as a viper fish. It comes the Upper Cretaceous Lebanese lagerstätten near Hjoula, Lebanon. It comes with both the positive and negative splits of the rock.

Comes with a pair of display stands stand.

A photo of one of the quarries at Hjoula, Lebanon
FOR SALE
$595
DETAILS
SPECIES
Prionolepis sp.
AGE
Upper Cretaceous (~94 Million Years)