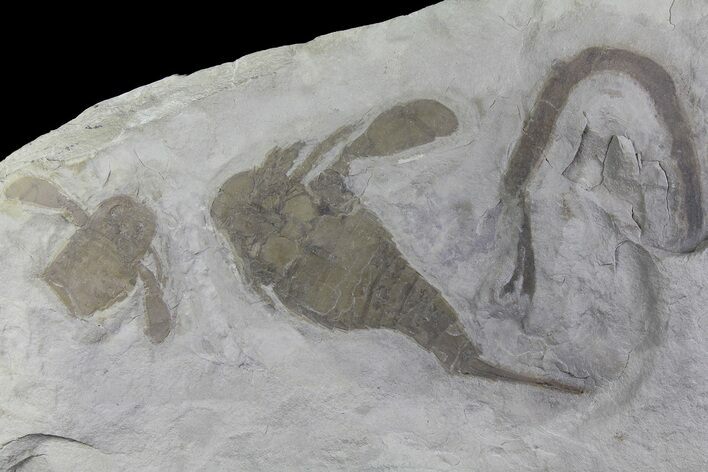 This is a detailed, 4" long Eurypterus remipes from Lang's Quarry in New York. The preservation is quite dark and one paddle is present. There is a second, partial specimen also present on the rock.


Eurypterids, commonly known as Sea Scorpions, are an extinct group of arthropods that are related to arachnids and include the largest known arthropods to have ever lived. Prevalent during the Silurian and Devonian, eurypterids were segmented aquatic arthropods, with compound eyes and two club-like "arms." Some species exhibit toothed claws and may therefore have been predators. 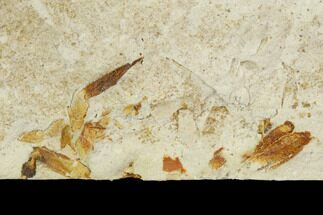