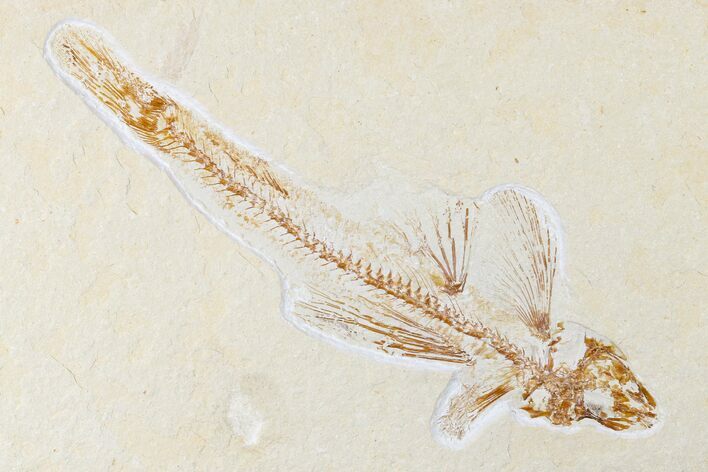 This is a 4.75" long example of the rare Cretaceous bony fish, Telepholis sp.. This fish was quarried from the famous Upper Cretaceous age, marine lagerstätte near Hjoula, Lebanon. Outstanding dark orange colored preservation which contrasts nicely against the creme colored limestone. This is one of the best Telepholis specimens ever collected by our supplier!

There is no repair or restoration to the fossil or rock. Comes with an acrylic display stand.

A photo of one of the quarries at Hjoula, Lebanon
SOLD
DETAILS
SPECIES
Telepholis sp.
AGE
Upper Cretaceous (~98 Million Years)