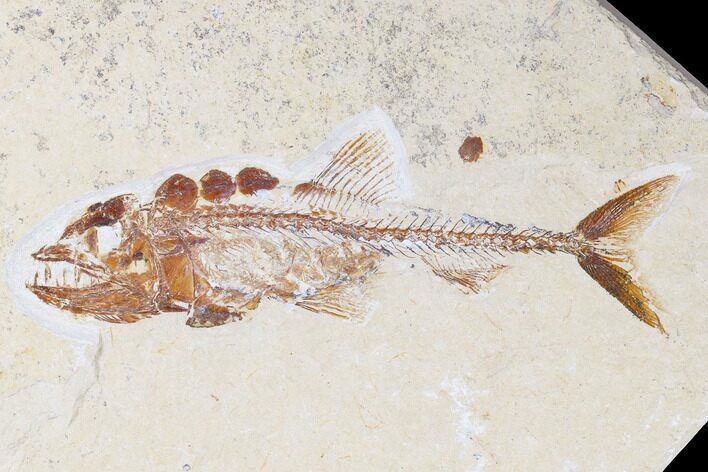 This is a 4.7" long example of the uncommon predatory fish, Eurypholis sp. that preserved in association with 3 shrimp of the genus Carpopenaeus sp. (including an additional partial shrimp). This fish was quarried from the famous Upper Cretaceous aged, marine lagerstätte near Hjoula, Lebanon. The teeth preservation of this fish is excellent there is a fish within the stomach of the Eurypholis fish.