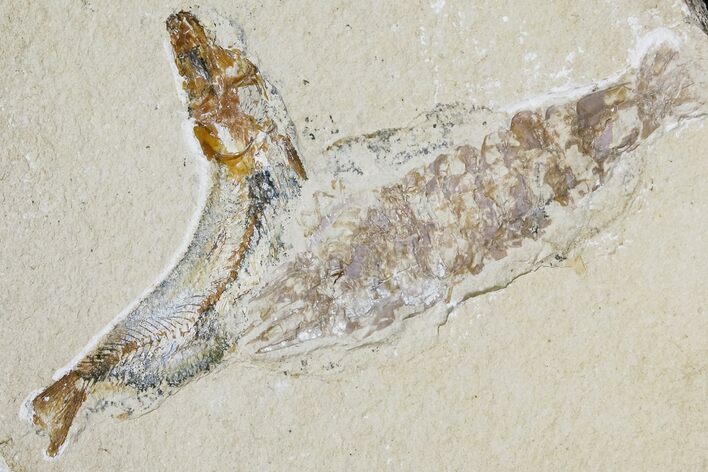 This is a nicely detailed 2.45" long example of the fossil fish Gaudryella sp., collected from the Cretaceous aged marine deposits near Hjoula, Lebanon. The fish is naturally associated with a fossil shrimp (Carpopenaeus sp.). While Gaudryella doesn't have any close living relatives, it would be in the same order as Salmon and Trout. 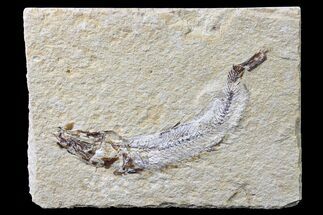 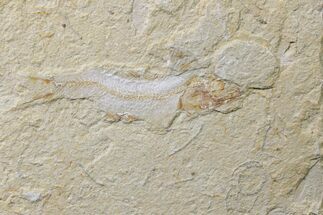 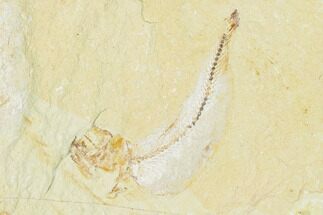 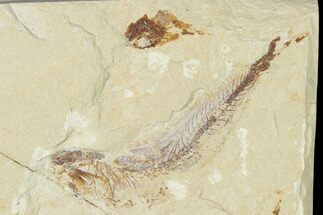 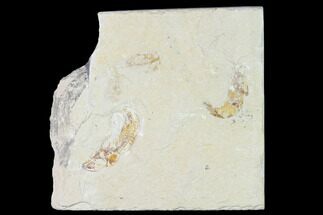