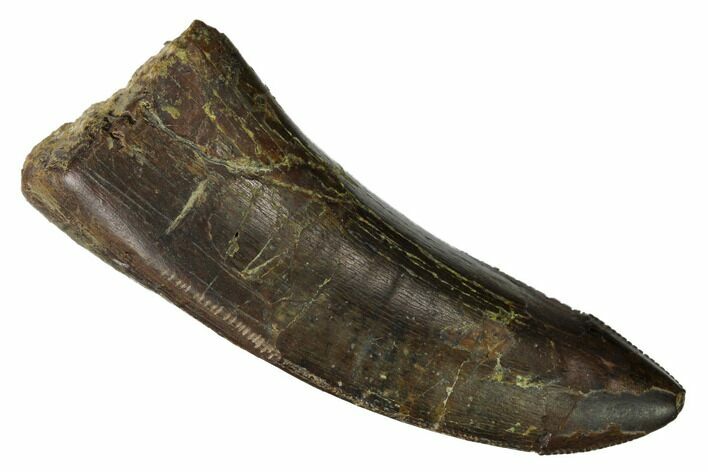 This is a 2.12" long, serrated Tyrannosaur tooth collected this summer from the Two Medicine Formation of Montana. The serrations at the tip of this tooth are present, however further up the tooth the detail is lost. There is a repaired crack just over 1/4 inch from the tip of the tooth which required significant gap fill restoration. There is more restoration at the proximal end of the tooth.

There are three described Tyrannosaurs from the Two Medicine Formation & Judith River Formation; Albertosaurus, Gorgosaurus and Daspletosaurus. Research done on teeth from these three Tyrannosaurs has concluded that isolated teeth are statistically impossible to assign to a specific genus because they are so similar.