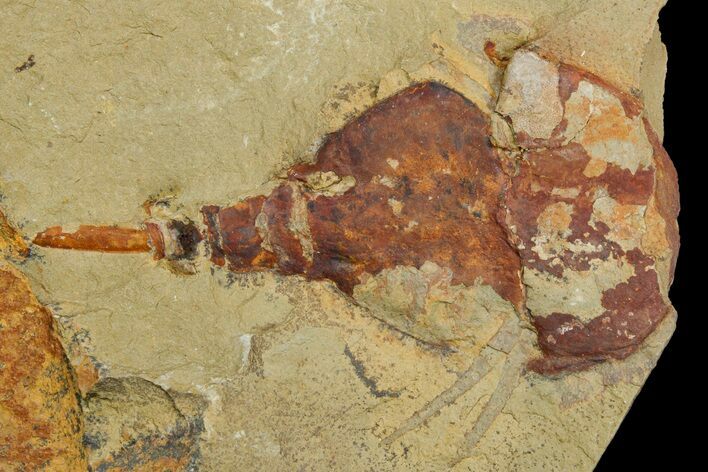 This is a rare, Lower Ordovician arthropod which would be a member of order Xiphosurida. Xiphosurida is believed to be a very ancient ancestor or at least closely related to the modern day horseshoe crab. It comes from the Upper Fezouata Formation near Zagora, Morocco.

This specimen is 2.1" long including the telson (tail spine) and has a beautiful orange/red coloration due to the oxidation of iron pyrite. Both the positive and negative impression are included.