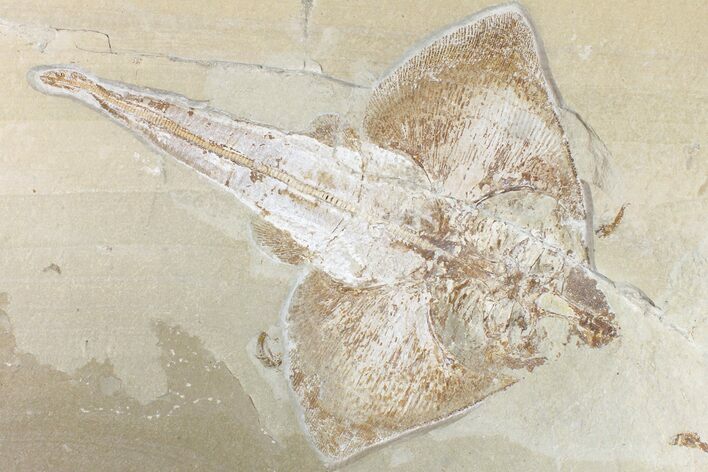 This is a beautifully preserved, 13" long, fossil ray (Rhombopterygia) from the Upper Cretaceous deposits near Byblos, Lebanon. This is an exceptionally nice example of the species preserved on on a thick slab of limestone. There are several small, fossil fish also associated with the ray. There is a repaired crack running through the limestone but it doesn't detract from this amazing fossil.

Rhinobatidae is a family of rays, commonly referred to as guitar fish. They are known for an elongated body with a flattened head and trunk and small, ray-like wings. The combined range of the various species is tropical, subtropical, and warm temperate waters worldwide.

Comes with a metal display stand.

A photo of one of the quarries at Hjoula, Lebanon
FOR SALE
$2,995
DETAILS
SPECIES
Rhombopterygia
AGE
Upper Cretaceous (~94 Million Years)