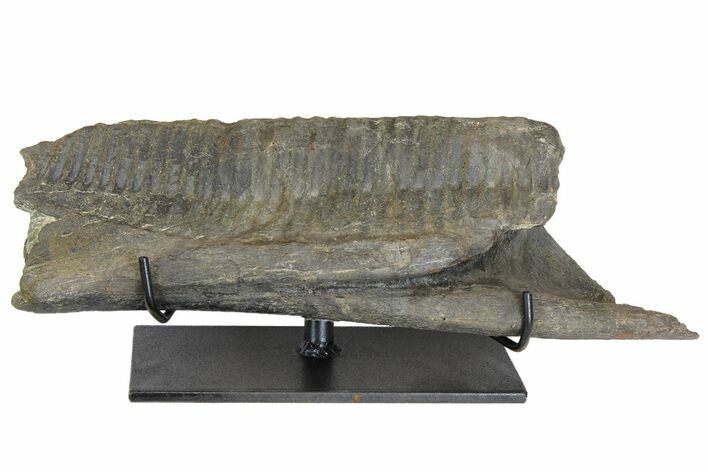 This is an amazing 13.8" long jaw section of a hadrosaur (Hypacrosaurus sp.) from the Two Medicine Formation of Montana. The 30 tooth sockets are clear and easily seen, and this would have been from the right side (anatomically) of the mandible. There is gap fill restoration in spots where the bone wasn't recoverable, with the majority of the restoration at the posterior-superior edge of the mandible section. Overall, roughly only 5 percent of this specimen is restored.

Comes with the custom metal display stand which beautifully displays the tooth sockets.