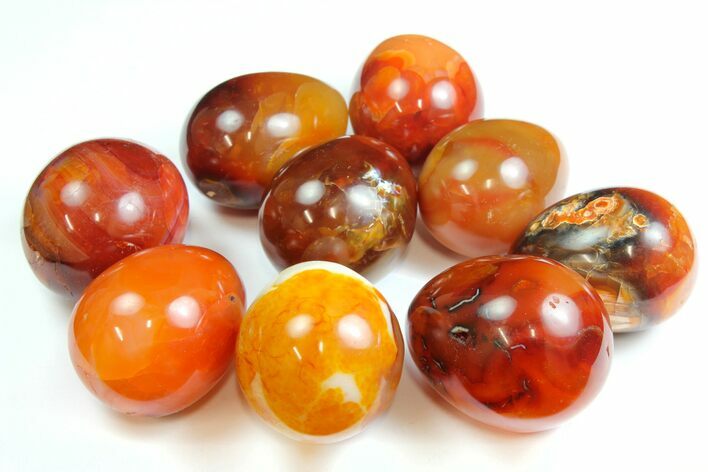 These are polished carnelian agate eggs that were collected, shaped and polished in Madagascar. The pictures are representative of the specimen(s) you will receive, so there may be some variation in patterns and color. They range between 1.5" to 1.7" tall.

Carnelian is a semi-precious variety of chalcedony that features an orange or orange-red coloration. It's name is believed to come from the Latin word carneus, meaning 'flesh colored'. The reddish color is due to the presence of iron oxide impurities in the silica which makes up the chalcedony.

Carnelian is one of the oldest known gemstones. It was widely used in ancient Rome to make insignia and seals for imprinting on letters or important documents because hot wax does not stick to carnelian.

Agate is a variety of microcrystalline quartz that displays translucence and in some cases banding. Agate primarily forms when silica-rich fluids fill pockets within rock and/or fossils, resulting in deposition of the silica along the walls of the rock. This process can result in banding patterns as the composition and impurities of the fluids change over time. These banding patterns can either form as flat layers or rounded layers, depending on the surfaces available for deposition.
FOR SALE
$5
32 Available
DETAILS
MINERAL TYPE
Carnelian Agate
SPECIES
Chalcedony var. Agate
LOCATION
Madagascar
SIZE
1.5" - 1.7" tall
RELATED 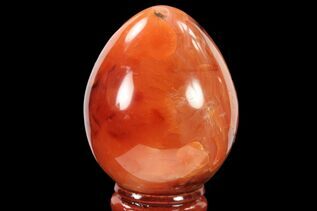 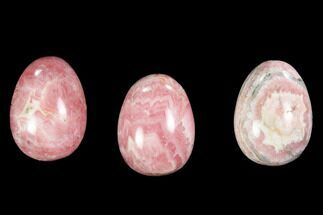 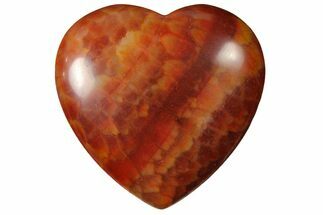 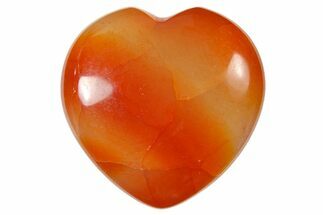 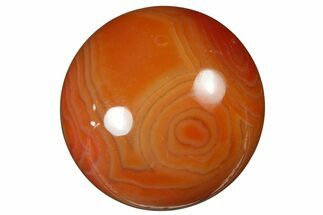 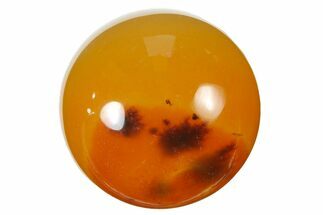 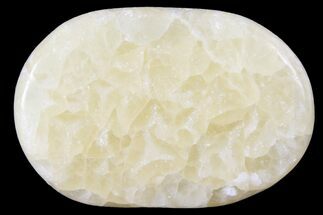