In 2014 the Kansas state legislature designated the fossils of Tylosaurus and a Pteranodon as the official Kansas state fossils.

Tylosaurus, a type of Mosasaur was designated as the Kansas state marine fossil. It was a giant, predatory marine reptile that could reach sizes of up to 40 feet in length. It’s name means “large protuberance” or snout and it had a blunt, powerful head which may have been used to ram prey. It would have certainly been the apex predator of the time feeding on a varied diet including fish like Xiphactinus, sharks, smaller mosasaurs, plesiosaurs, and flightless diving birds.

An artists reconstruction of Tylosaurus. By Dmitry Bogdanov


Pteranodon, a type of pterosaur was designated as the Kansas state flying fossil. Pteranodons were some of the largest known flying reptiles, with wingspans up to 20 ft. There large wings would have allowed them to fly in a similar manner to albatrosses and their primary diet was fish. They had long, slender, toothless beaks that were likely plunged into the water to catch fish while floating as opposed to scooping up fish on the wing.

An artists rendition of a flying Pteranodon. By Nobu Tamura (www.palaeocritti.com) 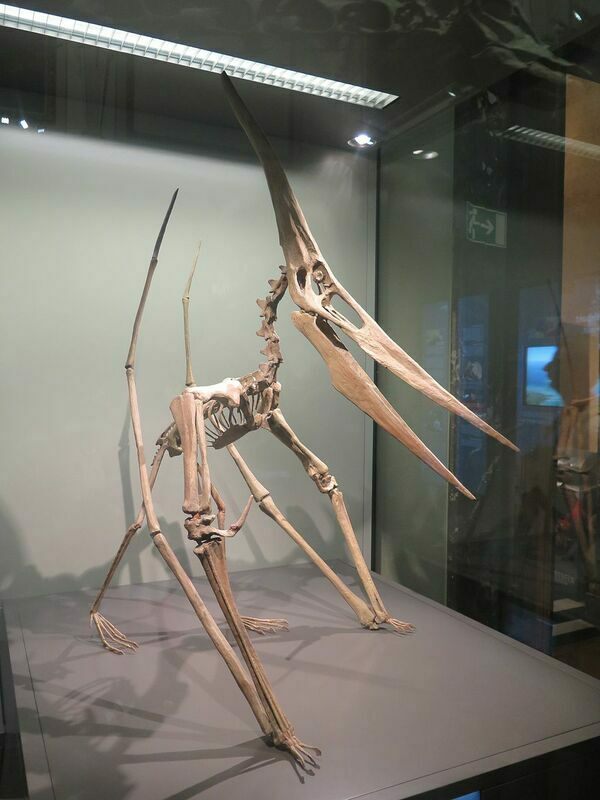 
Both of these animals inhabited the Western Interior Seaway that covered much of the central United States including Kansas during the Late Cretaceous period. It is important to note that while both animals lived at the time of dinosaurs, they were not dinosaurs themselves. Fossils of both animals are frequently found in the Smoky Hill Chalk in Western Kansas. 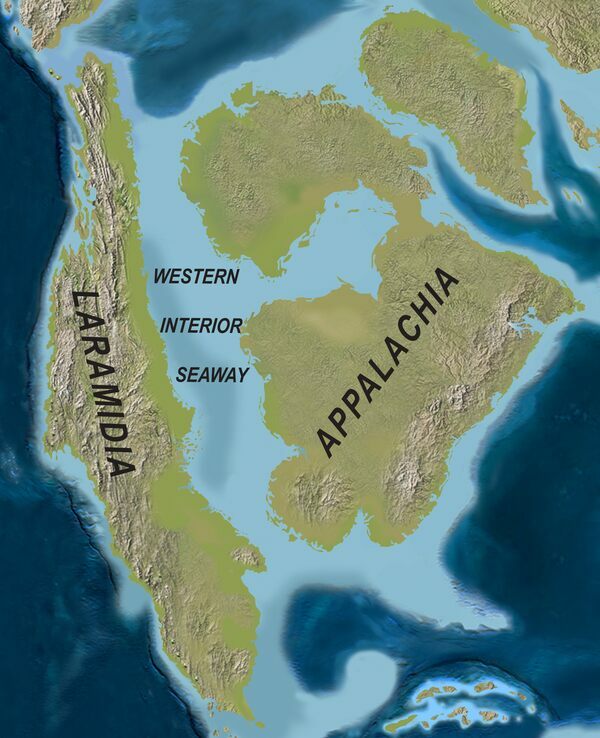 A map showing what the Western Interior Seaway would have looked like during the Late Cretaceous. 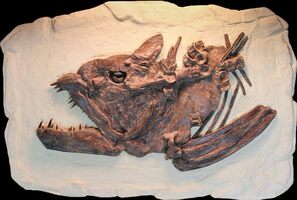 Xiphactinus, Terror Of The Inland Seaway