Stegosaurus is one of the most recognizable dinosaurs of all-time. It was a plant-eating dinosaur that inhabited parts of North America during the Late Jurassic period and could grow up to 29 feet long and weighing 5-7 tons. The most recognizable feature of Stegosaurus is a row of upright, bony plates along its back and several large spikes called thagomizers at the end of its tail. The purpose of the bone plates on its back are up for debate. They may have helped regulate body temperature, been defensive or just for show. There is little debate as to the purpose of the tail spikes which could grow up to 3 feet long, as they would have made for formidable defensive weapons against the large predators of its day such as Allosaurus. 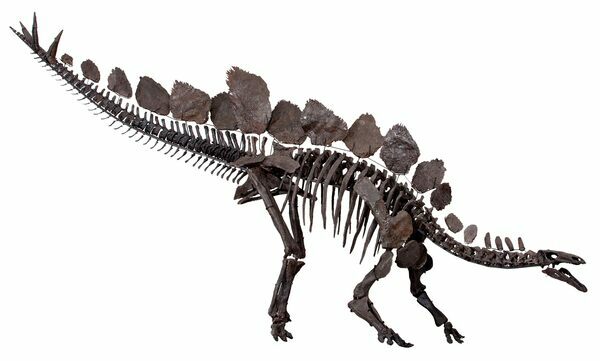 
Fossils of Stegosaurus were first discovered in the Morrison Formation of north of Morrison, Colorado in 1877 by M. P. Felch. It was described and named by the famous paleontology Othniel Charles Marsh. Stegosaurus is one of the rarer dinosaurs in the Morrison Formation with only six individual skeletons on display in the United States. One skeleton on display at the Museum of Natural History in Denver was discovered by a teacher and students from Canon City High School

Besides Stegosaurus there are two other species of Stegosaurs currently known from Colorado. 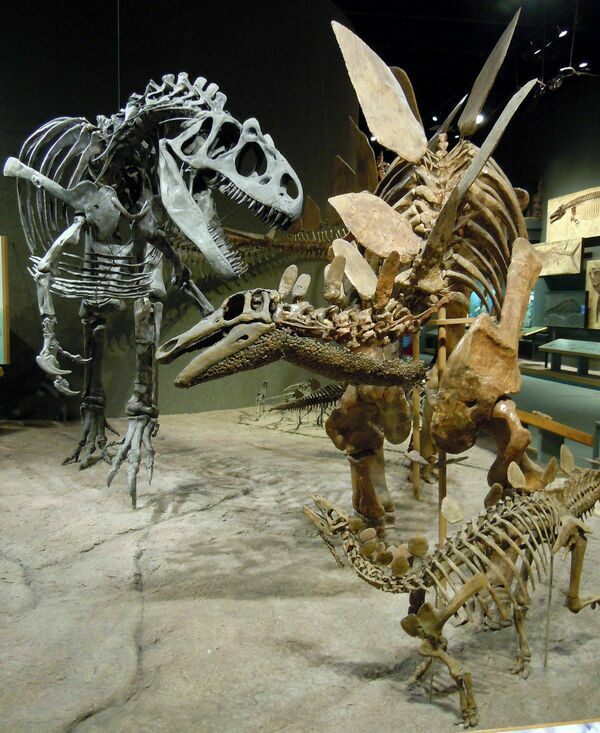 Famously in the 1880’s a cast was made of a Stegosaurus brain case, and it was found that despite it’s large body size, its brain was little bigger than a walnut. A large canal in the hip region of the spinal cord was postulated for some time to contain a “second brain” The idea persisted for some time that this “second brain” may have been responsible for controlling reflexes in the rear portion of the body. This theory is likely incorrect. This cavity in the lower spinal cord near the hips is not unique to Stegosaurus or even dinosaurs. It is also present in birds, and in their case it contains a glycogen body. The function of this glycogen body is not definitely known, but it is postulated to facilitate the supply of glycogen to the animal's nervous system or it may function as a balance organ. 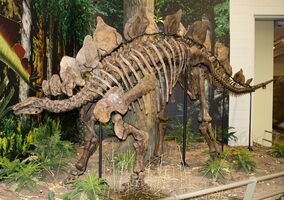 Did Dinosaurs Have Two Brains? The Myth Of The Butt Brain