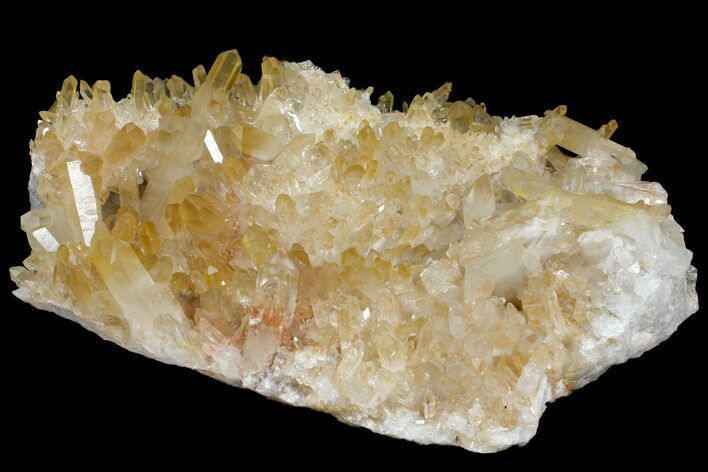 This is a beautiful and massive cluster of quartz crystals from Brazil. There is a small amount of iron oxidation on the exterior of most of these crystals. The cluster weighs 66.5 lbs and sits up at an angle that allows for aesthetic presentation without the need for a display stand. 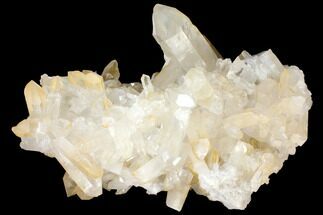 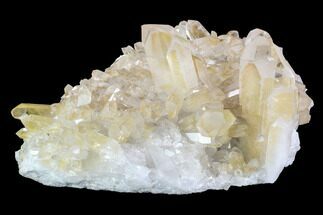 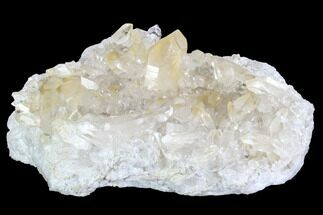 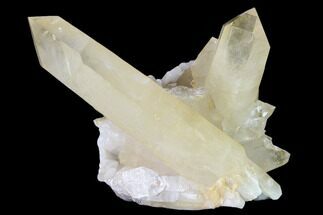