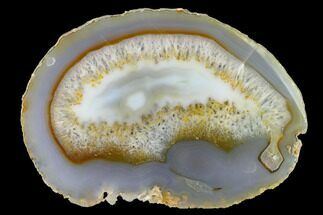 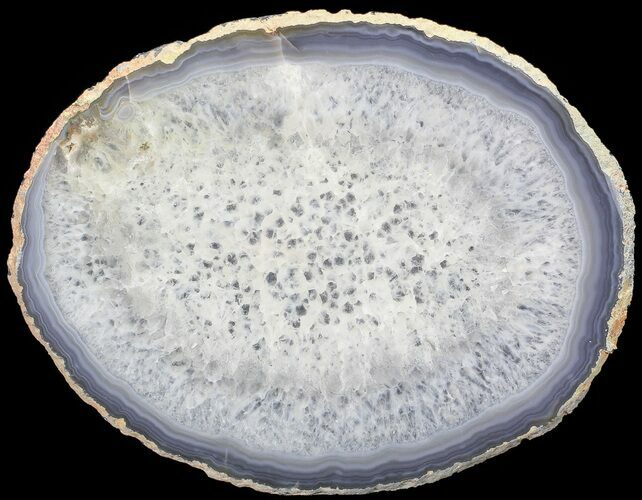 This is a gorgeous polished Brazilian agate slice. There is a visible crack running to the middle of the slice, hence the reduced price. Comes with an acrylic display stand. 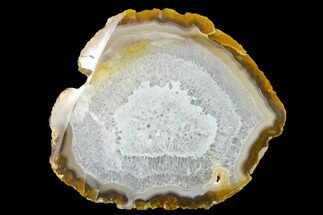 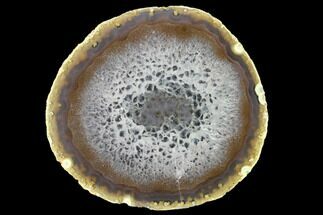 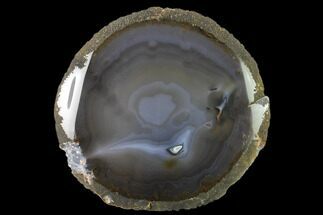 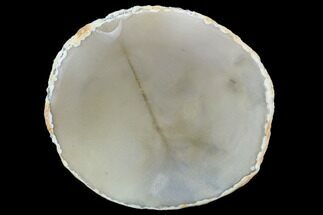