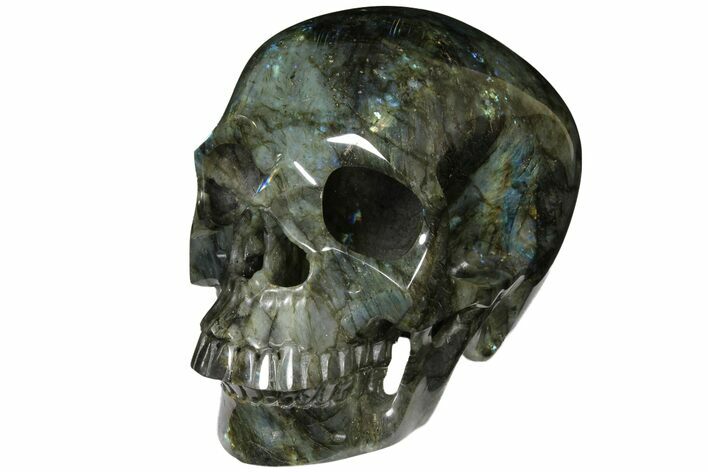 This is a polished piece of labradorite that has been meticulously polished into the shape of a skull. The brilliant blue/green/gold colors have excellent play in the light, with spots of purple color play. The entire interior of the skull and the nasal passages have been hollowed out, resulting in a realistic resemblance to a skull.

Labradorite is named after where it was first found in Labrador, Canada. Today, the most prolific deposits and the source of most commercially available labradorite occur in Madagascar and Russia. 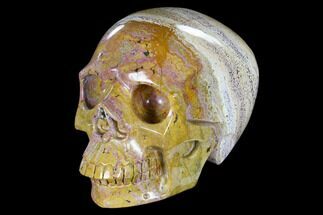 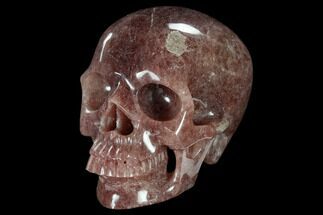 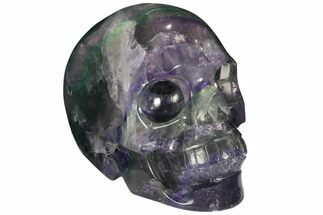