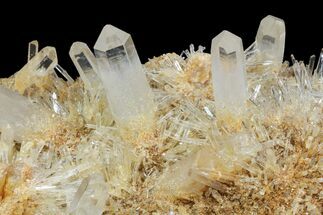 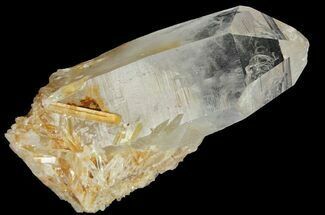 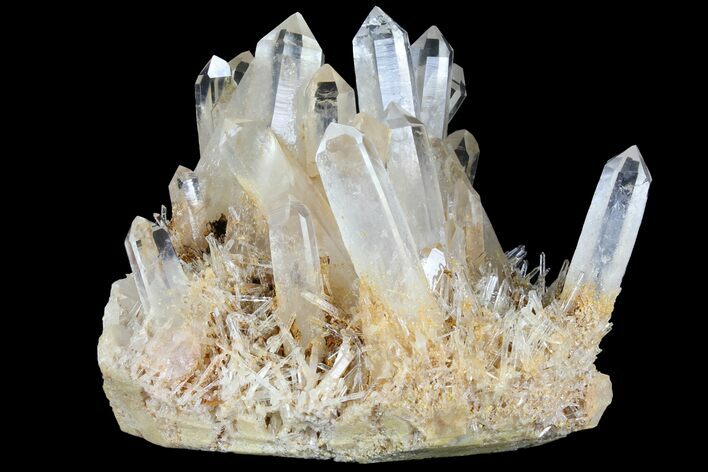 This is a phenomenal, 7.4" wide cluster of "Blue Smoke" quartz from the Santander Province of Columbia. The cluster contains more than a dozen relatively large points up to around 3-4" in length, with the largest quartz crystal measuring 4.1" long. The matrix is made up of hundreds of smaller points, many radiating from the larger central crystals.

"Blue Smoke Quartz" is a relatively new find that comes from the Santander Province in Columbia. The crystals have swirling clouds of microscopic inclusions that give them a wispy blue appearance. This subtle color effect is produced by the same light scattering properties that make the sky blue. Many of the crystals surfaces and the matrix these crystals are found in also contain a lithium based mineral, cookeite.
SOLD
DETAILS
SPECIES
Quartz & Cookeite
LOCATION
Santander Province, Columbia
SIZE
7.4 x 6.2 x 5.7", Longest Point 4.1"
CATEGORY
Quartz Crystals
SUB CATEGORY
Blue Smoke Quartz
ITEM
#97683
SHIPPING
Shipping & Return Policy info. 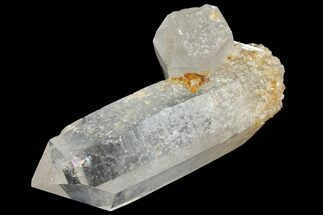 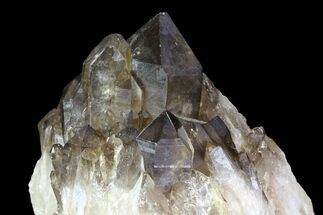 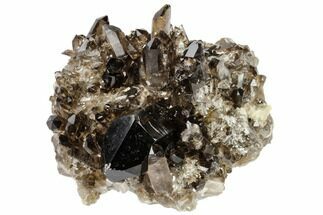 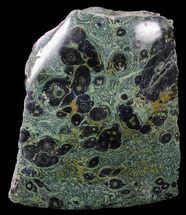 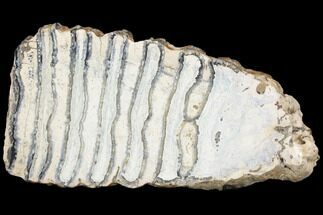